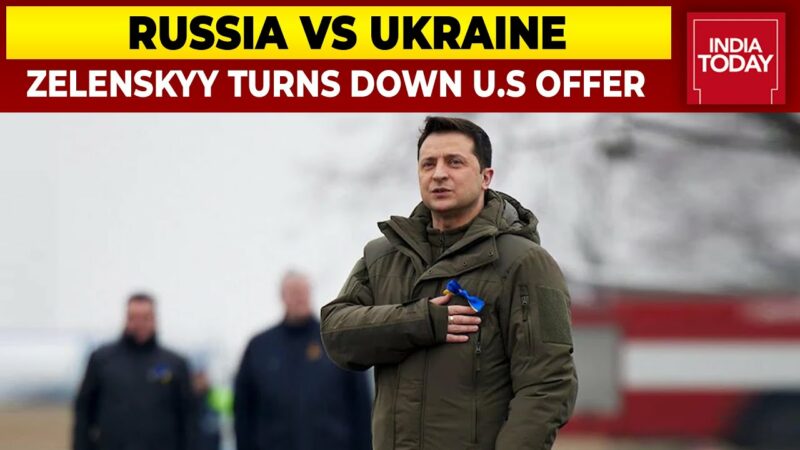 Zelensky Stays With His People “The Fight Is Here; I Need Ammunition, Not A Ride”

Ukraine President Volodymyr Zelensky turned down an offer from the U.S. to evacuate him from Ukraine’s capital, saying he needs “ammunition, not a ride.”

The U.S. offered to evacuate Zelensky from Kyiv, Ukraine’s capital but the Ukrainian president declined, instead, he asked for more ammunition to help fight off the Russian troops that were advancing into the capital city.

“The fight is here; I need ammunition, not a ride,” Zelensky said.

It’s unclear just how far Russian forces have made it into Kyiv, but the city was being bombarded by airstrikes on Friday and reports indicated troops were closing in.

Zelensky confirmed in a video posted on Twitter that he remains in Kyiv and intends to fight.

“I’m here. We are not putting down any arms. We will protect our country because our weapons are our truth,” he said in a video posted Saturday.

Zelensky turned down the offer to be evacuated shortly after he announced that he’s Russia’s “number one” target. State Department spokesman Ned Price also said in a statement Thursday evening that the Ukrainian president is a “prime target for Russian aggression.”

If it was the other way around, the coward in the WH would leave in a heartbeat.