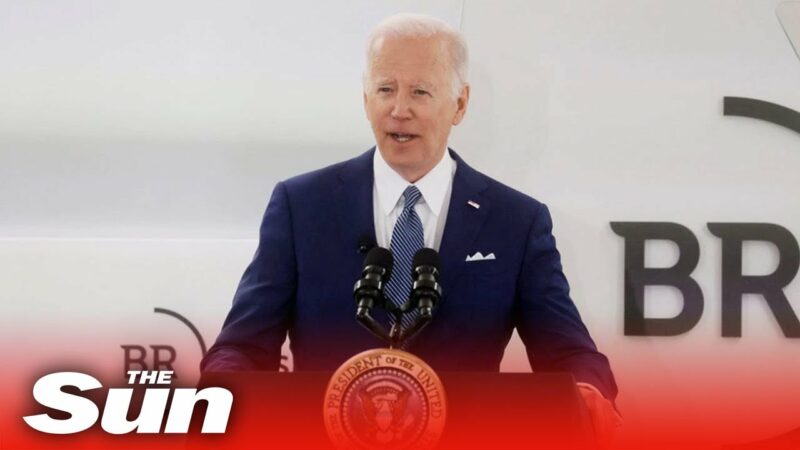 President Joe Biden claimed Monday that Russia accusing Ukraine of having biological weapons may be evidence that Russian President Vladimir Putin is planning to unleash chemical weapons on Ukraine in a false flag operation.

Putin’s “back is against the wall and now he’s talking about new false flags he’s setting up including, asserting that we in America have biological as well as chemical weapons in Europe, simply not true,” Biden said.

“As we have said all along, Russia is inventing false pretexts in an attempt to justify its own horrific actions in Ukraine. The United States does not own or operate any chemical or biological laboratories in Ukraine, it is in full compliance with its obligations under the Chemical Weapons Convention and Biological Weapons Convention, and it does not develop or possess such weapons anywhere,” State Department spokesperson Ned Price said in a statement on ./”March 9.

NATO Secretary-General Jens Stoltenberg had expressed concern on March 15 that Russia may using chemical weapons in a false flag operation.

Biden said March 11 that Russia would pay a “severe price” if they use chemical weapons, and Defense Secretary Lloyd Austin warned that the use of chemical weapons would get a “significant reaction.”

“If a chemical or biological weapon was used, you’d see a significant reaction from not only the United States, but also the global community,” Austin said in a Sunday interview on “Face the Nation.” “I don’t want to speculate about what exactly would change our calculation. I think engaging in hypotheticals is probably not helpful here either, but this is a very serious step and as you heard our president say, we won’t take that lightly.”