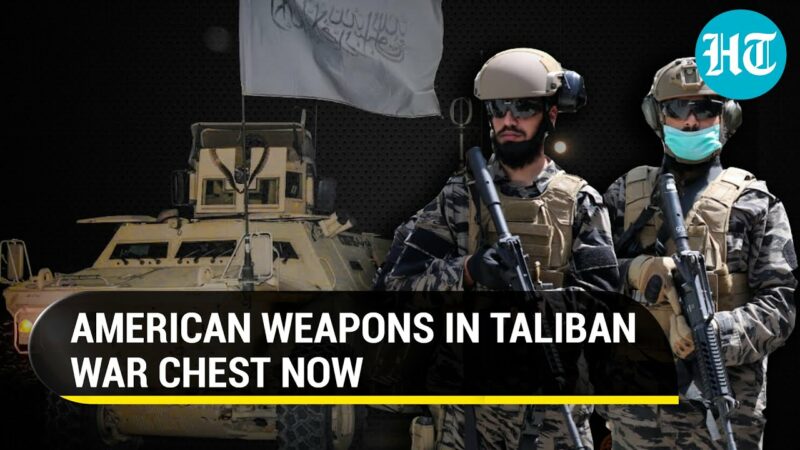 Former President Donald Trump speculates China and Russia may be reverse-engineering U.S. military equipment that was left behind in President Joe Biden’s mismanaged withdrawal from Afghanistan.

In an appearance on Full Measure Sunday, Trump scrutinized the withdrawal as “incompetent” and warned that it will likely endanger the United States and benefit its enemies.

Trump speculated that the war in Afghanistan may not be totally over, pointing out just how many unvetted Afghan refugees are being resettled in the United States and around the world.

“I don’t know because you have people going all over the world and being dropped all over the world right now, and nobody knows who the hell they are, Sharly,” Trump said during the interview. “These aren’t the interpreters that we took. These were people that rushed into the planes, and they were so interested in trying to make it sound like ‘Oh, they’re doing a good job.’ These people, many of these people are going to be terrorists. Okay? They’re going to be terrorists. They were very powerful. They were very energetic in getting onto the aircraft.”

Trump further suggested the nation’s adversaries are taking advantage of the weapons, armored vehicles, and aircraft left behind during the withdrawal.

“Now I’m saying, ‘How can they take this equipment?’ And I guarantee that China and Russia already have our Apache helicopters and they’re taking them apart to find out exactly how they’re made. They’re the best in the world by far. And they’re taking them apart so they can make the exact same equipment. They’re very good at that. It’s a disgrace.”

Since 2001 the U.S. gave an estimated $83 billion in training and equipment to Afghan security forces.

There were 73 aircraft left behind in Afghanistan, some of them were disabled. Afghan pilots are reported to have flown some of the advanced aircraft to foreign countries.