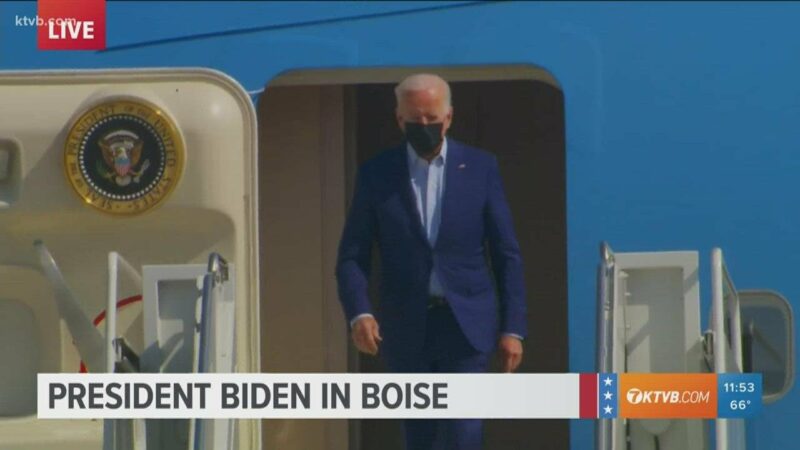 Boise Has A Lot To Say About Biden’s Failed Strategy

Biden was scheduled to speak outside the National Interagency Fire Center where the protestors were gathered carrying anti-Biden signs as well as “Lots of pro-Trump, and anti-vaccine signs.

Biden is touring the West Coast promoting his Build Back Better agenda and the creation of clean energy jobs, White House Climate Advisor Gina McCarthy said. This stop in Idaho was prompted by the damage caused by the wildfire season.

“And whether you like Trump or not, that’s not the way our country is supposed to work. There should be an ease in the transition into a new administration, and he just came in and just chopped everything up,” he added.

“We’re just going to be here to welcome the president and hear him say a few words,” Democratic state Sen Janie Ward-Engelking told the Idaho Press. “I’m disappointed to see all the horrible profanities on the signs, but that’s where we live, I guess.”

President Biden is going to California when he leaves Idaho, to campaign for Democratic Gov. Gavin Newsome who is involved in the recall election Tuesday.