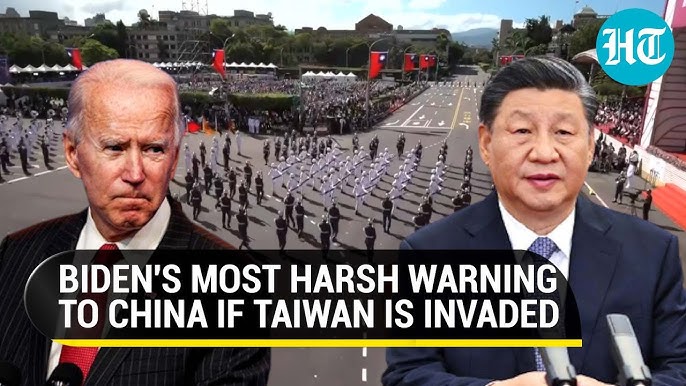 President Joe Biden said Monday that the U.S. is willing to intervene militarily should China forcibly try to take Taiwan.

“Yes,” Biden said at a joint press conference in Tokyo when pressed on whether the U.S. would “get involved militarily to defend Taiwan” if necessary. “That’s the commitment we made.”

“We agree with the ‘One China’ policy,” Biden continued. “We signed on to it, and all the attendant agreements made from there, but the idea that it can be taken by force, just taken by force, is [not] appropriate. It would dislocate the entire region and be another action, similar to what happened in Ukraine.”

In recognizing the “One China” policy, the U.S. acknowledges that the Chinese government is the only government, but the U.S. still has an unofficial relationship with Taiwan that includes arms sales.

This is not the first time Biden aides have scrambled to clean up Biden’s comments on Taiwan.

Biden also declared that the U.S. has “a commitment to” protect Taiwan in the event of an attack by China during a CNN town hall in 2021.

“The U.S. defense relationship with Taiwan is guided by the Taiwan Relations Act. We will uphold our commitment under the Act, we will continue to support Taiwan’s self-defense, and we will continue to oppose any unilateral changes to the status quo,” an official quickly clarified afterward.

“On issues concerning China’s sovereignty and territorial integrity and other core interests, there is no room for compromise,” Wang Wenbin, a spokesman for the Chinese Foreign Ministry, said.

“We urged the US side to earnestly follow the One China principle … be cautious in words and deeds on the Taiwan issue, and not send any wrong signal to pro-Taiwan independence and separatist forces — so it won’t cause serious damage to the situation across the Taiwan Strait and China-US relations.”

The “One China” principle mentioned by the Chinese Foreign Ministry spokesman differs from the “One China” policy followed by the U.S. The former is the concept – believed by China – that Taiwan “is an inalienable part of one China” and will be reunified at some point in the future.