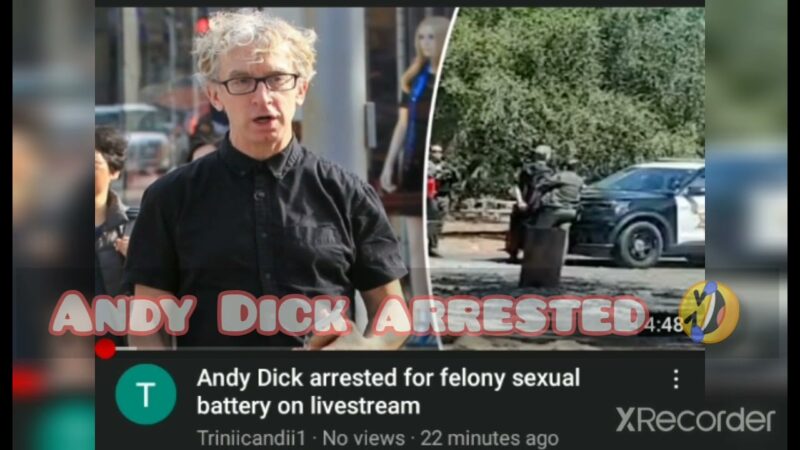 A Livestream video caught the dramatic arrest. of Actor/Comedian, Andy Dick. Orange County officers surrounded his trailer, handcuffed him, and took him into custody on charges of felony sexual battery, stemming from accusations by an adult male.

Orange County Sheriff Scott Stein Lee confirmed that Andy Dick was arrested this morning and said, “He was arrested and the only thing we are sharing at this time is that we were contacted at approximately 9 this morning in the area of 30892 Trabuco Canyon Rd, that’s O’Neill Park, and we were dispatched out to a campground space at that park in reference to a male subject that had been sexually assaulted and the individual Andy Dick was arrested for CA penal code 243.4, that’s felony sexual battery.”

Dick infamously rubbed Ivanka Trump’s legs during an appearance on Jimmy Kimmel Live in 2007 and fondled Pamela Anderson’s breasts in 2005 during the Comedy Central Roast of the actress. More recently, the actor made headlines when he was arrested in June 2021 for felony assault with a deadly weapon after he was involved in a violent fight and used a metal chair to assault his victim

And finally, in November of 2021, the comedian was arrested for felony domestic battery when he allegedly hit his boyfriend in the head with a liquor bottle during an altercation. Both 2021 incidents occurred in the Los Angeles area.