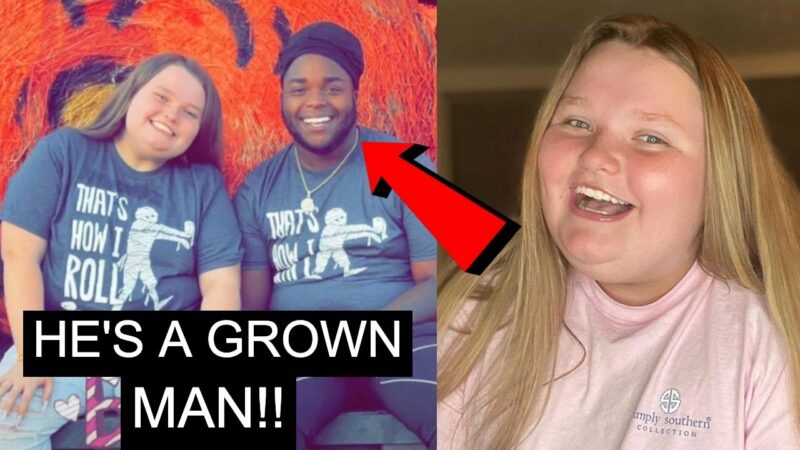 Shannon, 42, spoke about the criticism her daughter is getting for dating Dralin Carswell in an interview Tuesday.

“Yes, I’ve met Dralin. They’ve been together for over a year,” the reality star shared. “People need to realize that she’s going to be 17 in August and that Alana’s older sister Pumpkin and Josh were the same age as they were.”

“She is getting a lot of hate because she’s in an interracial relationship, he is older,” she added. “But at the end of the day, Alana’s not that 6-, 7-year-old child y’all fell in love with 11 years ago. Alana has grown up, she’s graduating high school next year, guys!”

“He’s good. He needs to hold down a job a little bit more,” Shannon said. “I mean, he’s not bad. He doesn’t treat her bad or anything like that.”

She added, “They’re young and they’ve been together over a year. So, if they last? Fine. If they don’t, it can be her first love.”

Thompson went Instagram official with her boyfriend in September but later deleted the snap due to criticism of their relationship.

Mama June also opened up about mending her relationship with her teenage daughter which is documented on the show Road To Redemption. Thompson currently lives with her older sister, Lauryn “Pumpkin” Shannon.

“Our relationship is going good. You’ll see that throughout the season,” she shared. “She is turning 17 in August. So that’s the thing, she is graduating next year. A lot of people still look at her as that 6-year-old little girl, but she’s grown up.”

Thompson commented on growing up in the public eye.

“I feel like so many people still look at me as that little girl that very first came on TV,” she said. “Even when the posts about me and my boyfriend coming out, I feel like there was so many people that were still treating me like I was 6 years old.”

I can just see one more unwed mother in the picture.