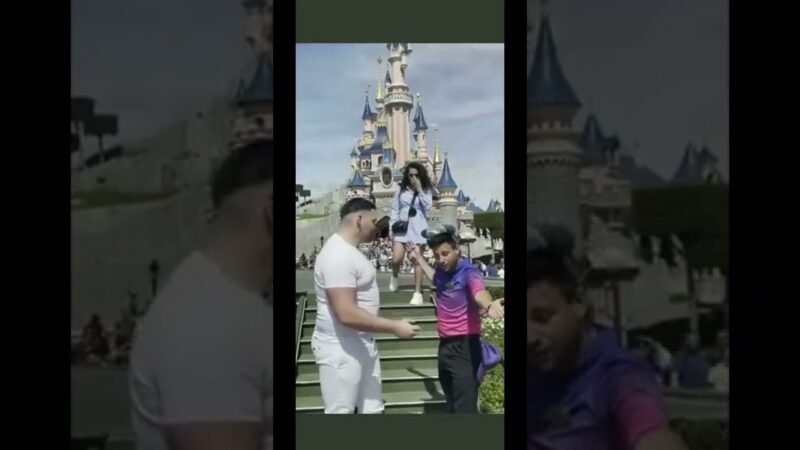 Disney has issued an apology for a Cast Member who ruined a fairy tale wedding proposal in front of Sleeping Beauty’s Castle at Disneyland Paris.

In a video taken by the groom-to-be’s best friend, a young man and his girlfriend are standing on a platform with the Sleeping Beauty Castle in the background. The man gets down on his knee and presents an engagement ring to his girlfriend. But before she could accept the engagement ring, a Disney Cast Member runs up and snatches the ring away from the man.

Without uttering a word, the Cast Member motioned for the couple to follow him.

“She said yes,” the man told the Cast Member replied, “Yes, that’s great; over here will be even better.”

His friend said the Cast Member “ruined” the couple’s moment and claimed the groom-to-be had “asked for permission beforehand” to use the space near Sleeping Beauty’s beautiful castle.