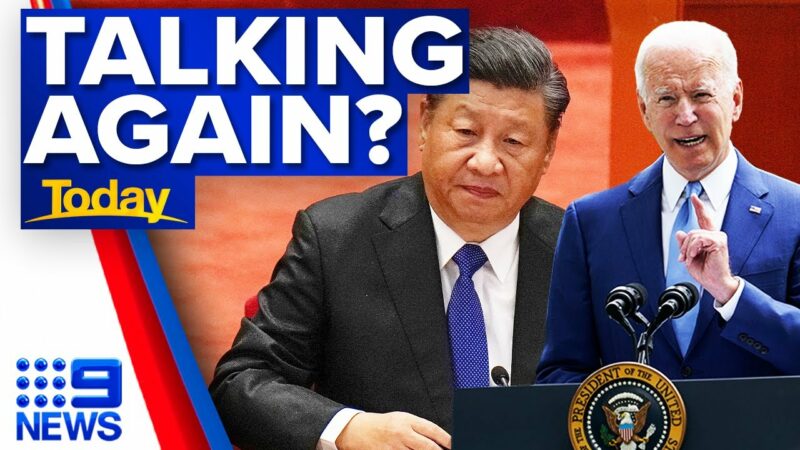 A New Theory Says Biden Is Being Blackmailed By Communist China

“Xi Jinping is going to take advantage of every opportunity he can find to further push Communist China to be the dominant world power, and push [America] further aside; Afghanistan was a perfect example,” North said.

“He saw us as weak and feckless. He sees Biden as a pushover. It kind of makes you wonder why Biden has basically become a subservient minion of Xi Jinping.”

North warned the Chinese are trying to “reverse engineer the remarkable technology” of the M1 tanks Biden left behind in Afghanistan.

“Never underestimate the power of blackmail; the communist Chinese are very good at that,” North continued.

“All this stuff is happening now underneath our noses, and we’re still talking about how to make social justice warriors out of our soldiers,” North said, reffering to White House joint chiefs of staff Gen. Mark Milley looking to “understand white rage”. “It’s totally wrong and this administration is going to pay a terrible price for it.”

Americans should be very worried about events that are unfolding under Biden and his “anti-American” advisers.

“We ought to be very nervous about what this president is doing, and why he’s doing it,” North said. “Why is it that he’s taking the advice of someone other than our military about the way he conducted the Afghanistan withdrawal? Who is it that he’s talking to that’s overruling the leadership of our military?

“That’s why I strongly endorse the idea of having a congressional joint commission – bipartisan – to investigate why these decisions are being made, and who is giving him advice.”

Biden and his leaders might be compromised, North concluded.

“He’s got some advisers that are completely anti-American,” he said. “You also have to answer the question: Is he a compromised president?”