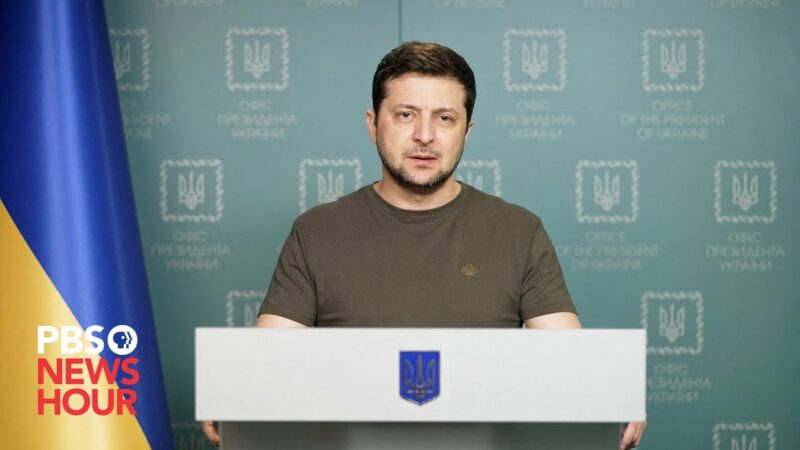 Zelenskyy Asked Lawmakers To Remember Sept 11 While Considering His Plea

Ukrainian President Volodymyr Zelenskyy recounted some of the biggest tragedies in U.S. history as he pleaded with lawmakers for more help Wednesday.

Zelenskyy addressed Congress virtually, as he remains in Kyiv while Russia’s invasion of Ukraine continues. The Ukrainian president thanked the U.S. for its support but said more is needed.

“Remember Pearl Harbor, the terrible morning of Dec. 7, 1941, when your sky was black from the planes attacking you,” Zelenskyy said. “Remember Sept. 11, a terrible day in 2001 when evil tried to turn your cities, independent territories, into battlefields. When innocent people were attacked from the air.”

“Our country is experiencing the same every day, right now, at this moment. Every night for three weeks now,” he continued, as he tried to relate with Americans on what Ukraine is experiencing while reminding the U.S. what being under attack is like.

Zelenskyy again requested for the U.S. to establish a no-fly zone – something the administration has repeatedly said they would not do.

Even as he pressed for a no-fly zone, Zelenskyy acknowledged that the U.S. has previously said no. He also asked for an alternative option during his address, asking for surface-to-air missile systems that would allow Ukraine to protect its sky.

Zelenskyy also pushed for more sanctions, asking President Joe Biden’s administration to blacklist all Russian politicians. He pleaded with all American companies to leave the Russian market, as well.

During his address to Congress, the Ukrainian president played a video for lawmakers featuring viral photographs and clips of the devastation going on in Ukraine.

The video showed many dead women and children, bodies being thrown into mass graves, buildings that had been targeted, and more. The video concluded with a request to “close the skies.”

We have an idiot in the WH that is beholding to Putin. He has to protect Hunter’s Russian contacts, that most of you niggeRSTS don’t know about.