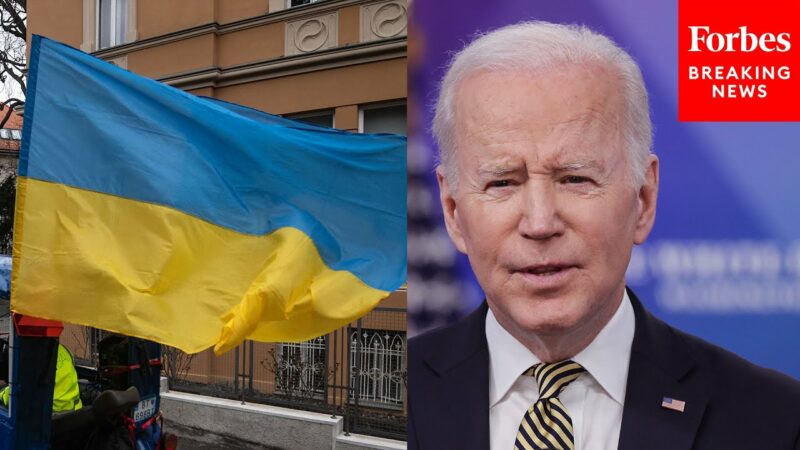 President Joe Biden announced an additional $800 million in military aid to Ukraine Wednesday during a press conference but refused to answer reporters’ questions.

Biden was asked what it would take for him to send Polish MiGs from Germany to Ukraine to fight against Russia.

On March 8, the Pentagon denied a request by Poland for the U.S. to transfer Polish MiG fighter jets to Ukraine from Germany.

“The prospect of fighter jets ‘at the disposal of the Government of the United States of America’ departing from a U.S./NATO base in Germany to fly into airspace that is contested with Russia over Ukraine raises serious concerns for the entire NATO alliance,” Pentagon Press Secretary John Kirby said.

Biden also refused to answer Fox News White House correspondent Jacqui Heinrich during a press conference Tuesday when she asked him to comment on the American journalists killed in Ukraine.