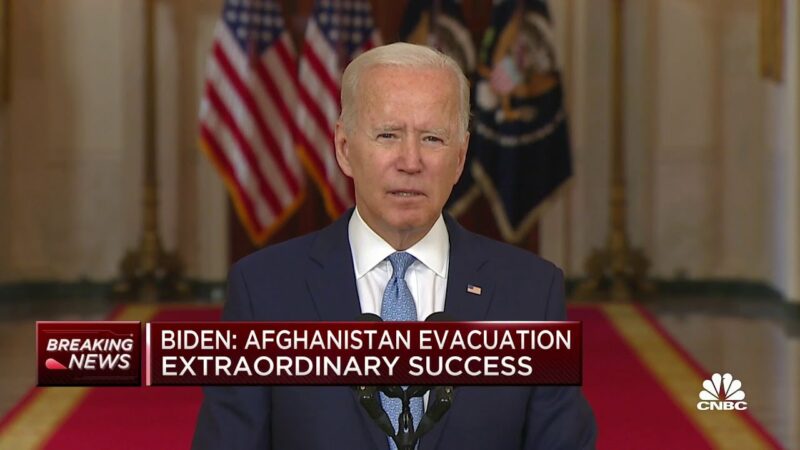 President Biden made a speech Tuesday after the completion of military withdrawal from Afghanistan calling it a “very successful evacuation” of over 120,000 people but stressed, “he was conflating the withdrawal with the evacuation.”

Raddatz then recounted promises Biden made on July 8 that were broken during the chaotic withdrawal.

“Just on July 8, the president was saying there was going to be no circumstance where you see people being lifted off the roof of an embassy of the United States from Afghanistan. They were clinging to airplanes in those early days,” Raddatz said. “He was touting the Afghan forces, saying ‘I trust the capacity of the Afghan military.” The president said they were ready, they were prepared for this, but no one was prepared for 11 days for the Taliban to take over.”

“The president also promised on July 8 that we can guarantee the safety of the interpreters. There are thousands of interpreters in Afghanistan right now who are desperate and frightened,” Raddatz continued.

Raddatz also referenced Biden’s interview with George Stephanopoulos when he promised all Americans would be out before the troop withdrawal but only “90% have been rescued.

“That 10% right now is still scared and does not know exactly how they’re gonna get out,” Raddatz added

Social Media critics have blasted Bidnen’s “angry” speech that claimed victory while at the same time blamed the “previous” Trump administration for striking a deal with the Taliban.