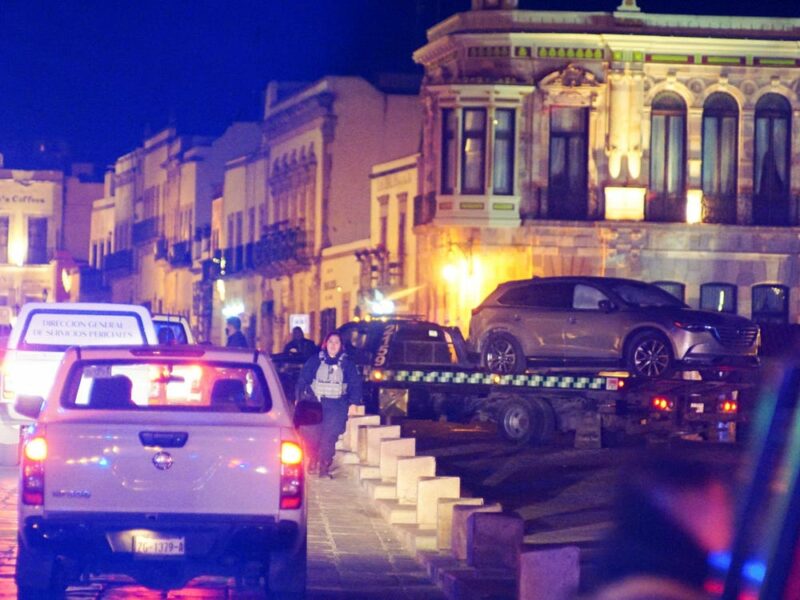 An SUV stuffed with 10 dead bodies was left outside the office of a Mexican state governor in a public square still lit up with holiday decorations, officials said on Thursday.

The bodies were crammed into a Mazda SUV that was left just before dawn in the main plaza, parked near a Christmas tree in the state capital of Zacatecas.

The state governor, David Monreal, said that all of the deceased had severe bruising indicating they had been beaten.

“They came to leave them here in front of the palace,” he said, referring to his offices in a centuries-old building at the Plaza de Armas of the city, that is also called Zacatecas.

The federal public safety department said a man had apparently driven the SUV into the plaza, then exited the vehicle and casually walked away down an alley.

Monreal said security had been a serious challenge in Zacatecas however, he vowed to stop the violence.

“Bit by bit we will recover our peace. What we received was a cursed inheritance,” he said.

Zacatecas has become one of the most dangerous places in that region of the country due to bloody and violent turf wars between rival gangs. In 2021, the state registered 1,050 murders, about 260 more than in 2020, according to official data.

The state is a key transit point for drugs moving north to the U.S. border, especially fentanyl which has become the number one killer of Americans between the ages of 18-45.

Once dominated by the now-defunct Zetas cartel, several other cartels are fighting for control of Zacatecas, among them are the Sinaloa, Jalisco, Gulf, and North-east cartels as well as remnants of the Zetas who call themselves “Talibans”.

Welcome to Mexico, vacationland of the Americas!

The cartels rule the border, thanks to blow hole Joe.