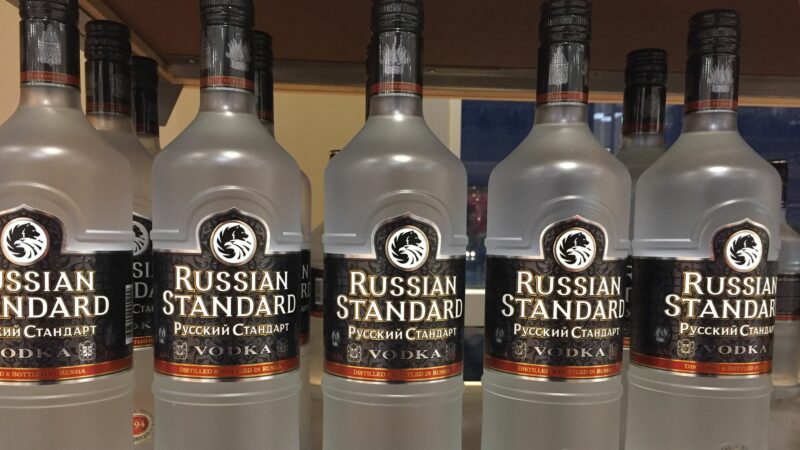 A boss at a security firm decided to stage a one-man protest by clearing a Sainsbury’s of all of its Russian branded vodka.

Mike Ockelford, 59, admitted that after his act of vigilantism that he got into a slight altercation with a staff member at the Sainsbury’s in Basildon.

The man said he had gone to the store to buy a cake for his office when he saw the bottles of vodka and acted in the spur of the moment.

Ockelford said he put the Russian Standard Vodka into a shopping cart and rolled them to the front of the store where he asked to see the manager.

He was told they would need to contact the head office to ask for their advice before removing the product from their shelves. In the meantime, another manager asked him to return the bottles, sparking an argument.

“It wasn’t an attempt to steal it – it was to make a point. I was offended that they were selling Russian vodka given what Russia has done and the sanctions.

“I went in there to get some cakes for the office, it was very spontaneous.

“I had a look at the alcohol shelf and saw that the Russian products were still on the shelves, so I checked the bottles and removed all the vodka bottles bottled in St Petersburg.

“The situation was a bit inflamed by this floor manager who overruled the assistant manager who insisted that the bottles should go back on the shelf.

“He claimed the bottles were made in the UK, which is why I became annoyed because Russian standard vodka is bottled in St Petersburg – which it says on the bottle.

“I did raise my voice and told him he was talking “a load of bollocks”, and then he called the police,” Ockleford said.

He added that he left the store after giving the assistant manager his details but then waited in his car to speak to the police as he had “nothing to hide.”

“I went and told them I’d made the commotion and explained what happened and why I’d removed the bottles.

“They asked for my details and then asked for my address, and I didn’t feel like I had to give that to them so they handcuffed me and put me in the back of their car for three minutes,” he said.

Ockleford says he doesn’t expect any charges will be pressed.

GOOD FOR YOU SIR