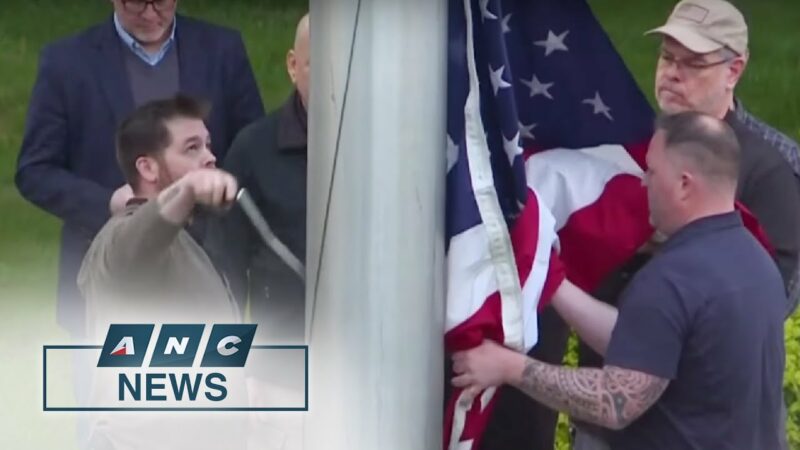 The U.S. reopened its embassy in Kyiv, Ukraine on Wednesday, according to the State Department.

The embassy closed in February amid fears of an imminent  Russian invasion. Secretary of State Antony Blinken said at the time that the decision was made to ensure “the safety of our staff,” citing the buildup of Russian forces.

“We underscored our commitment to Ukraine’s sovereignty and territorial integrity, pledged to continue our assistance, and started working toward the day we could return to Kyiv,” Blinken said in a statement Wednesday when he announced the reopening. “Now, that day has come. Today we are officially resuming operations at the U.S. Embassy in Kyiv.”

“The Ukrainian people, with our security assistance, have defended their homeland in the face of Russia’s unconscionable invasion, and, as a result, the Stars and Stripes are flying over the Embassy once again. We stand proudly with, and continue to support, the government and people of Ukraine as they defend their country from the Kremlin’s brutal war of aggression,” Blinken added.

Many other countries reopened their embassies ahead of the U.S., prompting questions as to why the administration had not yet resumed operations in Kyiv.

Blinken assured that there would be “additional measures to increase the safety of our colleagues who are returning to Kyiv” in his statement. He also said there would be “enhanced … security measures and protocols,” though he did not elaborate.

“We are committed to confronting the challenges ahead.  The war rages on.  Russia’s forces inflict death and destruction on Ukrainian soil every day,” Blinken added while ackowlegeding that Russia’s invasion of Ukraine continues. “Millions of Ukrainians are displaced from their homes and mourn the loss of their loved ones. With strength of purpose, we reaffirm our commitment to the people and government of Ukraine, and we look forward to carrying out our mission from the U.S. Embassy in Kyiv.”