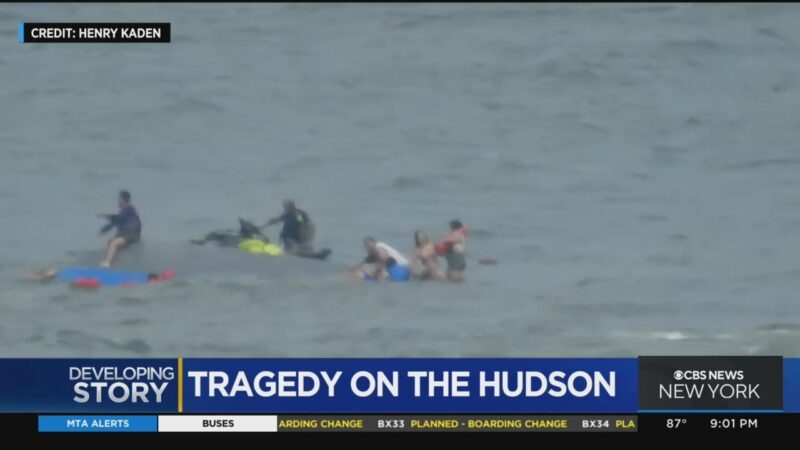 A video captured the tragedy of a boat that capsized in the Hudson River and fatally trapped a 7-year-old boy and 50-year-old woman underneath.

Two vessels were jetting side by side through the Hudson River around 2:40 p.m. Tuesday when the boat suddenly capsized

At least 12 people were aboard the Yamaha AR240, on a private charter with family and friends when the boat hit a large wake caused by a passing ferry and flipped over.

The boat’s owner had been following on a jet ski.

Police said the boat appeared overloaded, but the accident is still under investigation.

Julian Vasquez, 7, and Lindelia Vasquez, 50, were killed, and three other passengers are in critical condition.