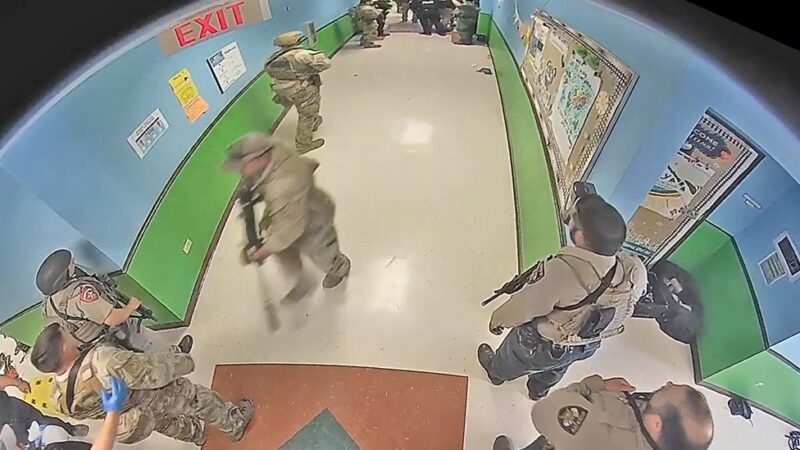 A newly released video shows exactly how long authorities waited before entering the classroom in Uvalde, Texas, and taking out the active shooter.

Salvador Ramos killed 19 students and two teachers on May 24th when he entered Robb Elementary School and opened fire in the classrooms.

The edited video shows Ramos entering the building and then the classroom while law enforcement officers waited outside in the hallway for 77 minutes as Ramos continued shooting.

Officers asked for keys to the classroom that was later found to be unlocked. They waited despite having gas masks, tear gas, and a sledgehammer.

State and local officials debated whether to release the video, with Republican Texas Gov. Greg Abbott advocating for its release, while the Uvalde County District Attorney opposed the action.

Abbott said he was initially “misled” by authorities about what happened that day.

“I am livid about what happened. I was on this very stage two days ago and I was telling the public information that had been told to me in a room a few yards behind where we’re located right now,” Abbott said at a press conference in Uvalde days after the shooting.