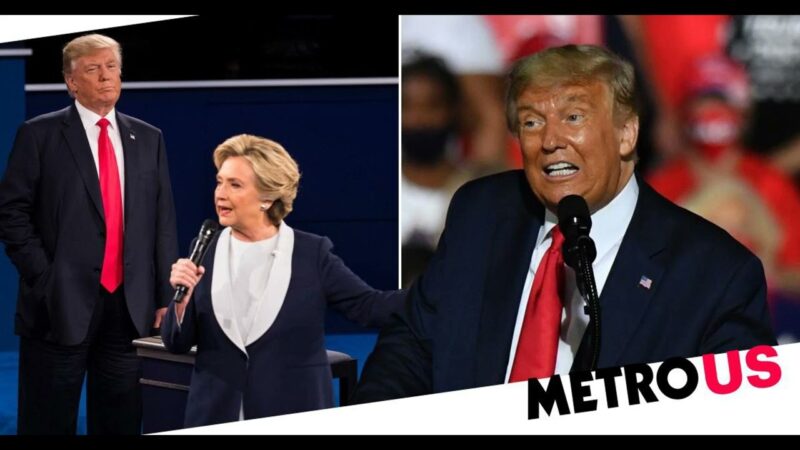 The 108-paged lawsuit alleges that the Clinton campaign and the DNC coordinated with two senior partners at the Perkins Coie law firm — Marc Elias and Michael Sussman — to “weave a false narrative” about the former president colluding with a foreign nation in order to “vilify” their political opponent.

“Seeking to thwart Trump’s campaign and to diminish the likelihood of him winning the election, the Clinton Campaign and the DNC devised a nefarious scheme to discredit, delegitimize and defame him by proliferating a false narrative that Donald J. Trump and his campaign were actively colluding with Russia to interfere in the 2016 Presidential Election,” the lawsuit continues.

Trump is seeking $24 million in damages, as well as legal fees and other expenses. The suit list 28 defendants in total, including national security adviser Jake Sullivan and former British intelligence officer Christopher Steele. It is Trump’s belief that they were hired by the Clinton campaign along with DNC to link the Trump campaign with Russia.

The suit also claims the Steele dossier is “riddled with misstatements, misrepresentations and, most of all, flat out lies.”

The allegations prompted a two-year investigation led by former special counsel Robert Mueller, which found no evidence of collusion or that Trump engaged in any criminal conspiracy.