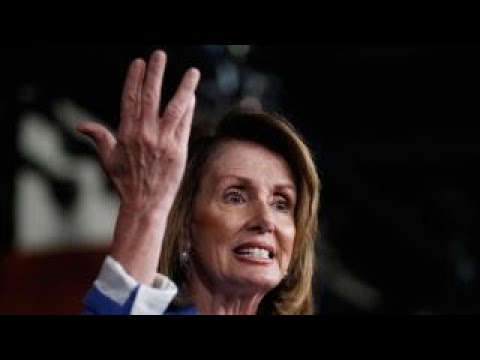 “What they are going to do by passing this thing that’s going to kill our nation,” Trump said. “All Americans of common sense — Republican, Democrat, and independent — must stand firm and you must really stand strong and firm against Biden, crazy Nancy Pelosi. She’s a nut job. And the extreme power grab.”

“We must declare with one united voice that we cannot allow America to ever become a socialist country. That’s what they’re doing. And I really think it’s a step beyond. I think it’s going to be a communist country,” Trump said, adding that American voters would never allow that to happen.

“The Democrat bill, contains billions and billions of dollars for unlawful government training programs inspired by toxic and bigoted, Critical Race Theory. It’s crammed with so-called equity provisions. You know what equity means? It means we will take it away from you and give it to other people,” Trump continued.

“This bill is a sinister combination of job killing tax hikes and woke fascism that will destroy our nation.”

Trump said he doubted that the Democrats will be successful in taking away rights “from too many of you,” but nevertheless that equity is “a code word for illegal government discrimination that they want to bring to everything from education, to housing, to health care to our military.”

Trump said the Biden administration was “also giving the IRS the power to destroy people like they tried to do with the Tea Party, Christian organizations and just like they have done to me.” He encouraged everyone to “fight like hell” against it, even as he blamed Senate Minority Leader Mitch McConnell for agreeing to raise the debt ceiling along with 11 other Republican senators. Multiple Senate Democrats said Wednesday after a full caucus meeting that they would accept McConnell’s offer of a short-term debt ceiling increase to avoid a federal default.