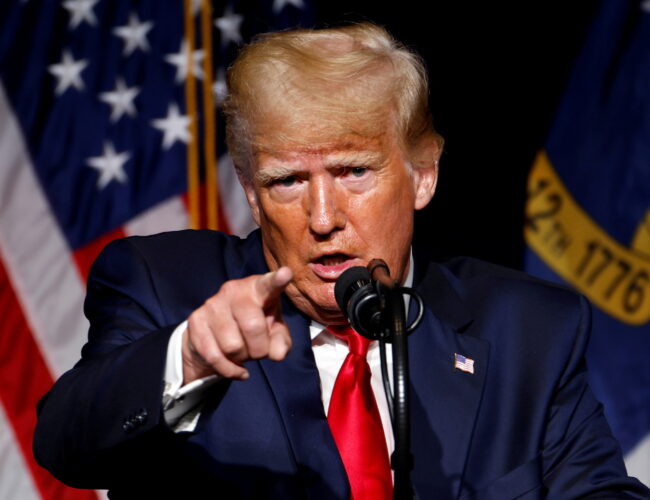 Rounds, a Republican from South Dakota, said Sunday the 2020 election was “fair, as fair as we’ve seen” despite Trump’s baseless claims it was stolen from him.
“While there were some irregularities, there were none of the irregularities which would have risen to the point where they would have changed the vote outcome in a single state,” Rounds said.
Rounds insisted that lawmakers did their “due diligence” by investigating Trump’s claims and found no evidence of systemic fraud. He said Republicans should drop unfounded claims to the contrary.

“We simply did not win the election, as Republicans, for the presidency,” Rounds said. “And if we simply look back and tell our people, ‘Don’t vote because there’s cheating going on,’ then we’re going to put ourselves in a huge disadvantage.”

On Monday, Trump said in a statement that “‘Senator’ Mike Rounds of the Great State of South Dakota just went woke on the Fraudulent Presidential Election of 2020.”

Trump repeated his claims of fraud in swing states he lost and asked if Rounds is “crazy or just stupid?”

“The only reason he did this is because he got my endorsement and easily won his state in 2020, so now he thinks he has time, and those are the only ones, the weak, who will break away,” Trump said. “Even though his election will not be coming up for 5 years, I will never endorse this jerk again.”

Trump said “RINOs” like Rounds “are allowing the Democrats to destroy our Nation!

“The Radical Left Democrats and RINOS, like ‘Senator’ Mike Rounds, do not make it easy for our Country to succeed,” he said. “He is a weak and ineffective leader, and I hereby firmly pledge that he will never receive my Endorsement again!”

The Biden/Hair-ass administration is chuck full of morons.