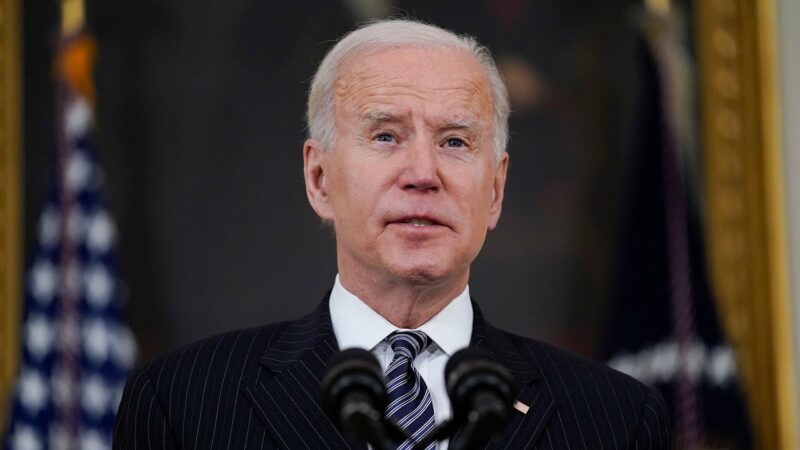 Republican leaders blasted President Joe Biden after December’s jobs report was released Friday with numbers well below economists’ projections, highlighting the report as another example of how the president mishandled the post-pandemic recovery.

“Our economy should be soaring right now, but the policies of this administration continue to stifle growth and hold back American businesses and workers,” House Minority Leader Kevin McCarthy said in a statement.

“Today’s jobs report is another massive miss, falling two hundred thousand jobs short of expectations. The labor participation rate should be climbing; instead, the world’s greatest economy is being smothered by Washington Democrats’ government overreach and mandates,” McCarthy said.

“In less than 12 months, the Biden administration has sabotaged what should have been a V-shaped recovery,” McCarthy said, vowing that House Republicans will continue to support policies that will drive the economy back to pre-pandemic levels.

“The percentage of Americans working remains historically low, and today’s jobs report fell well below expectations,” Ranking Member of the Select Committee on the Economy Bryan Steil said. “We must focus on getting workers back to work, and promote policies that return us to the historic economy we saw prior to the pandemic.”

“President Biden promised to crush COVID and speed up our recovery, but his policies have done the exact opposite, leading to the worst jobs report of his lackluster presidency,” Cammack said.

In the meantime a record 4.1 million Americans quit their jobs in November 2021 while job openings decreased to 10.6 million as workers look for employment with better wages and benefits.

“The Biden Jobs Deficit—the difference between jobs created and those he promised to create as part of his so-called stimulus from March—has metastasized to 1.1 million,” House Ways and Means Committee Ranking Member Kevin Brady said in a statement. “One thing is certain: His $5 trillion tax hikes and spending spree would make the economy worse by rising prices, killing jobs, and slowing economic growth.”

While wages went up between 4.6% to 4.7% over the last year, the increase is not enough to keep up with the surging inflation the country is experiencing, Moore said.

An asshole bragging about his crummy jobs report. A guy that has never held a job in his whole entre worthless life. A life time of sucking off the taxpayers!!!