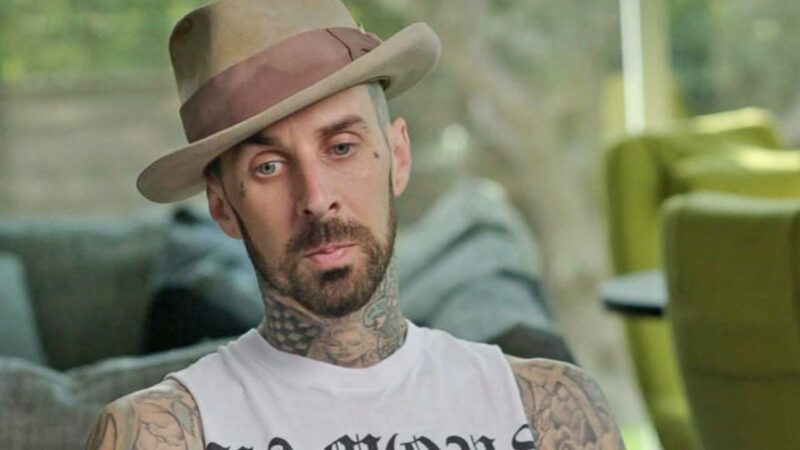 Travis Barker, the drummer for Blink 182, was admitted to the hospital on Tuesday and has since been diagnosed with pancreatitis.

Symptoms of pancreatitis include inflammation of the pancreas, nausea, vomiting, fever, low blood pressure, rapid heart rate, and intense stomach pain, among others.
Sources say doctors suspect the condition was triggered by a recent colonoscopy.
“Travis was sick and had intense pain in his abdomen, and it really concerned him and Kourtney. They called 911, and he was rushed to the hospital. After speaking with Travis and running several tests, doctors said Travis is suffering from pancreatitis,” according to a close source.

His new bride Kourtney Kardashian, 43, was by his side when he was admitted to West Hills Hospital for an issue that appeared serious. His daughter, Alabama Barker, took to Instagram and asked for prayers.

“Please send your prayers,” the 16-year-old wrote on top of a black screen. Earlier that day, Barker tweeted “God save me.” However, Barker may have been referring to a song by his close friend Machine Gun Kelly, whose Hulu documentary “Life in Pink,” premiered on Monday.

Medical staff at West Hills Hospital advised that Barker needed additional care, and he was transferred to Cedars-Sinai Medical Center via ambulance.

Barker continues to receive medical care for his condition but could potentially need surgery.