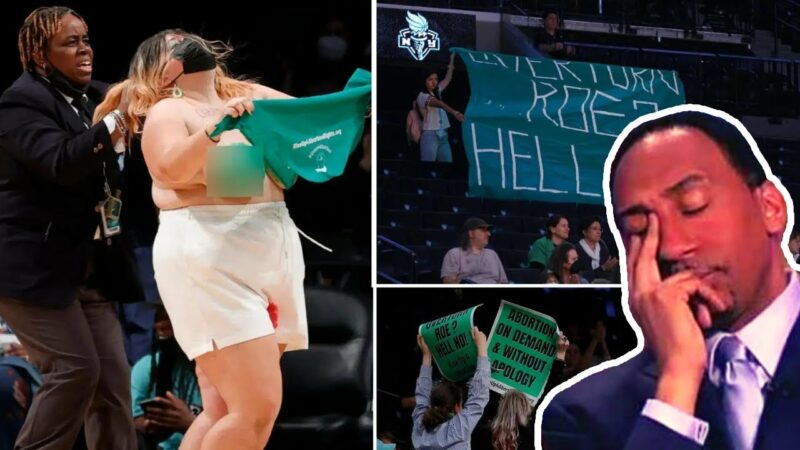 Fans at a WNBA game in Brooklyn Tuesday got more than they bargained for when a group of topless women stormed the court to protest the leaked Supreme Court opinion on Roe v. Wade. The women who are associated with the group Rise Up 4 Abortion Rights marched through the stands holding signs that read, “Overturn Roe? Hell no!” and “Abortion on demand and without apology.”

Some of the women had covered their chests in green paint.

Security escorted the women off the court but no charges were filed.

The organization tweeted a photo after the game claiming victory with the protest.

“This was the audience we wanted,” the organization wrote. “We aren’t protesting to change the hearts & minds of woman-hating fascists. No. We are calling on those who can stop the overturning of #RoeVWade: THE MILLIONS of ppl who support #abortionrights. YOU! No business as usual. Shut the country down!”

The incident comes after a leaked opinion from the Supreme Court suggested that the Court may overturn the 1973 Roe v. Wade decision. Protestors have demonstrated outside the private homes of the Supreme Court justices, hoping to pressure them to decide in favor of Roe v. Wade.