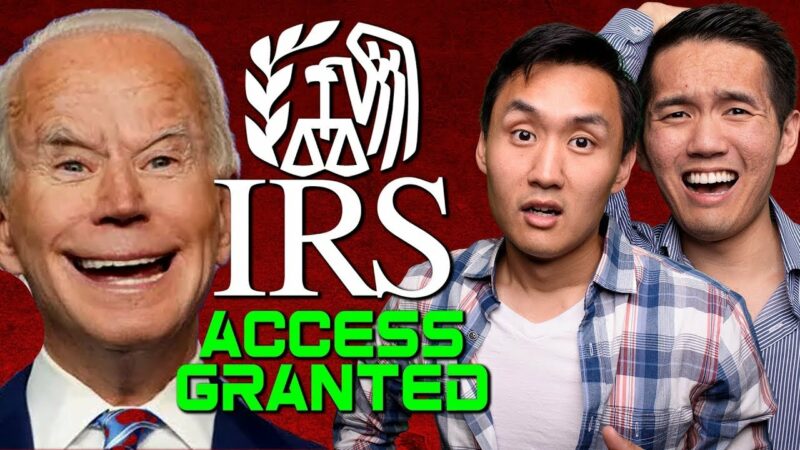 The political backlash led to the Biden administration announcing changes to the initial proposal for monitoring Americans’ bank accounts aimed at increasing tax revenue on Tuesday.

The new proposal would exempt wage income from the $10,000 threshold.

“Today’s new proposal reflects the Administration’s strong belief that we should zero in on those at the top of the income scale who don’t pay the taxes they owe while protecting American workers by setting the bank account threshold at $10,000 and providing an exemption for wage earners like teachers and firefighters,” Treasury Secretary Janet Yellen said.

Democrats have argued that stepped-up IRS enforcement would be one way of paying for the Build Back Better Act. The IRS misses out $166 billion in unpaid taxes per year, according to a Treasury Department fact sheet.

“There is more to be done to ensure that corporations, individuals who are at the highest income are paying more of their fair share, hence it’s in the President’s proposals, his budget, and part of how he’s proposing to pay for his ideas,” White House press secretary Jen Psaki said in June referring to strengthening IRS enforcement capabilities.

Republicans have expressed concern over the provision, saying that it would allow the federal government to snoop on the finances of average Americans. A Senate vote to eliminate the provision completely failed on party lines.

GOP elected officials are still in opposition to the provision, even with the higher threshold.

“The average American runs over $61,000 through their [bank] account” on a yearly basis, Idaho Sen. Mike Crapo said at a press conference shortly after the announcement.