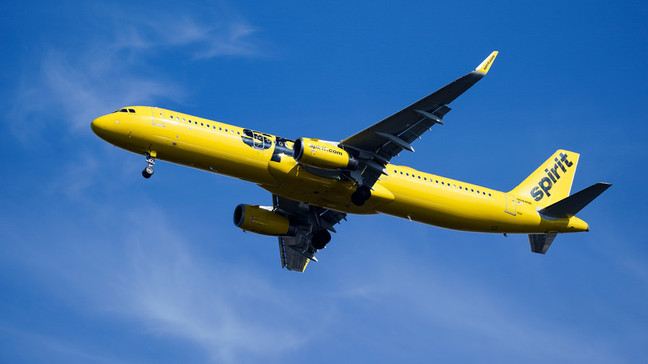 A Tennessee woman was charged with interfering with a flight crew on Spirit Airlines after flying from Fort Lauderdale, Florida, to Nashville, Tennessee, according to a press release from the Department of Justice (DOJ).

Amanda Renee Henry, 43, surrendered to FBI agents Tuesday, Nov. 27 upon landing in Nashville. Henry was intoxicated and “disruptive” on the flight. She was also using her vape on the flight as well as making sexual advances on several male passengers.

Passengers seated next to Henry asked to be moved, and flight attendants determined that she was the one who should be moved because she was sitting next to an emergency exit and could pose a danger to others.

When flight attendants ask Henry to move, she refused at first but then grabs her carry-on bag and ran toward the front of the aircraft,  screaming, “I’m getting off this plane.”

Henry assaulted two flight attendants when they tried to restrain her to keep her from entering the main cabin door.

An off-duty firefighter assisted the crew and sat with Henry, keeping her calm for the remainder of the flight. When the plane landed at Nashville International Airport, Henry was arrested by the Nashville Airport Department of Public Safety and charged with public intoxication.

“The prosecution of those who endanger the safety of airline passengers, flight crews, and flight attendants is a priority of this office,” said U.S. Attorney Mark Wildasin. “Those whose behavior disrupts or otherwise endangers the safety of persons on aircraft should expect to face federal charges.”

Two tier justice in this country. She could get a lot of years in prison for what she did, and an asshole in DC is destroying a whole country, and nothing will happen to that asshole!