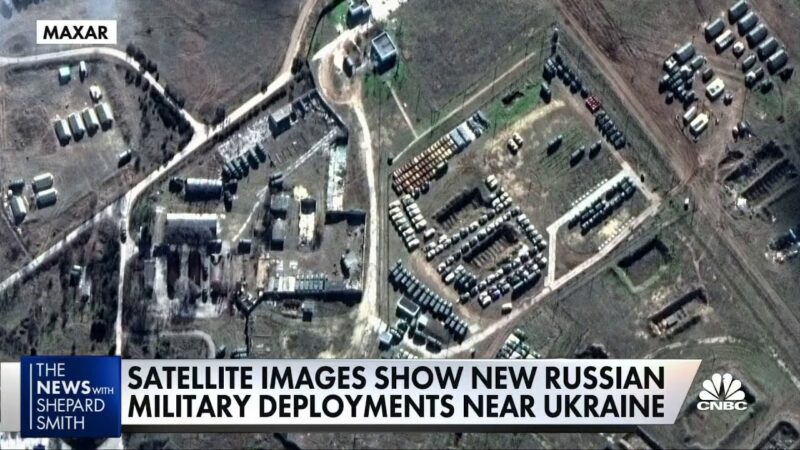 State Department Warns Americans — Get Out Of Ukraine Now!

President Joe Biden has ordered 3,000 additional U.S. troops to deploy to Poland amid rumors of an imminent Russian invasion of Ukraine.

The troops would be in addition to the 8,500 U.S. troops that have already been sent to reinforce the NATO reaction force that would respond if Russia invades Ukraine. Biden and other U.S. officials have repeatedly stated that the U.S. will not deploy troops to directly defend Ukraine.

The White House and State Department have specifically warned Americans to evacuate Ukraine within the next 24-48 hours. The U.S. has repeatedly urged Americans to leave Ukraine in recent weeks however this warning was the first with a specific time frame.

“We’re in a window when an invasion could begin at any time,” Secretary of State Antony Blinken said Friday. “And to be clear, that includes during the Olympics.”

White House officials have denied media reports that U.S. intelligence believes Russian President Vladimir Putin has already given the order for an invasion next week. National security adviser Jake Sullivan told reporters Friday that the U.S. has not confirmed such an order, but said that an invasion is a “distinct possibility.”

Biden urged Americans to evacuate Ukraine multiple times this week, adding Thursday evening that under no circumstance would he deploy U.S. troops to ensure a safe evacuation after an invasion. On Monday Biden said that U.S. diplomatic officials would remain in the country, however, on Friday Blinken said that the State Department is drawing down its embassy staff in the country.

The State Department evacuated the families of U.S. diplomats from Ukraine in late January and sent out a memo advising U.S. citizens who were there for non-diplomatic purposes to evacuate as well.

The U.S., Germany, and other NATO members have threatened severe economic consequences for Russia if Putin moves forward with an invasion. Biden stated that in addition to “decisive” sanctions, an invasion would end the years-long, multi-billion-dollar Nords Stream 2 project.

Biden alongside German Chancellor Olaf Scholz said Monday that if Russian “tanks or troops” crossed the Ukrainian border, then “there will no longer be a Nord Stream 2.” While Scholz refused to specifically state that Germany would end the Nord Stream 2 project, he said that Germany was “completely united” with the U.S. on any consequences for a Russian invasion.

“I promise you, we will be able to do it,” Biden said when pressed about how he would ensure the pipeline doesn’t move forward.