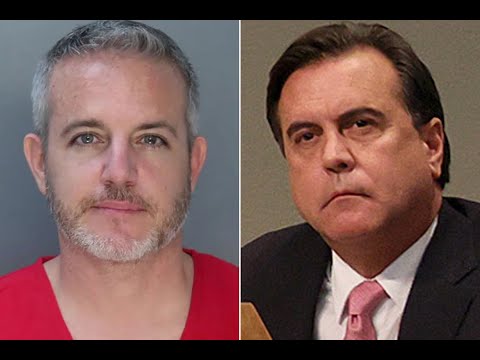 Son Of Florida Congressman Lands In Jail Over Slapping Incident

Carlos J. Gimenez, a lawyer, and lobbyist slapped the unsuspecting Portilla at Morton’s Steakhouse on Wednesday afternoon. The Gimenez and Portilla families have a long history in Miami politics and are both “members of powerful political families with ties going back more than a decade.”

Portilla said Gimenez acted cowardly and that he appeared to be under the influence.

“It was more like a flick of his wrist from behind me when I was having lunch, as he cowardly approached me from behind and ran away. This guy is not known as a very courageous guy. Actually, he’s quite a coward and appeared to be under the influence,” said Diaz De La Portilla.

“I’m obviously not happy, you know. Whenever a son, friend, or relative is arrested it’s not a good day and so obviously not happy with what happened. I understand it’s a simple battery, something I guess is between the two of them, and we’ll let the legal system work itself out,” said Gimenez Sr.

The commissioner has experienced his own controversy as well, last year he was accused of hurting a code compliance inspector at an illegal party going on past the COVID-19 curfew.

The commissioner has adamantly denied the allegations.

Gimenez Jr. was booked into Turner Guilford Knight Correction, his bond has been set at $1,500.

Carlos Gimenez is a real Gerk!