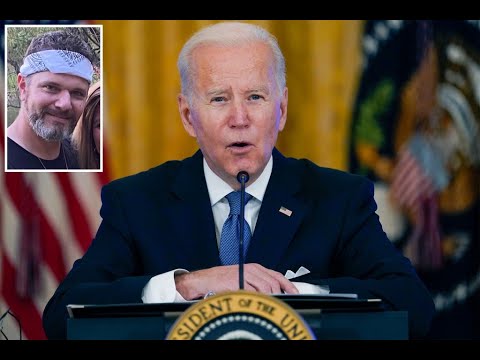 Biden Warns Americans To Get Out Of Ukraine While They Can

President Joe Biden warned Americans still in Ukraine to get out of the country as Russian President Vladimir Putin weighs whether to invade.

“It’s not like we’re dealing with a terrorist organization,” Biden said. “We’re dealing with one of the largest armies in the world. It’s a very different situation and things could go crazy quickly.”

Biden also said that under no circumstance would he send troops to rescue Americans still in Ukraine trying to flee the country. “There’s not. That’s a world war when Americans and Russia start shooting at one another,” Biden said. “We’re in a very different world than we’ve ever been.”

Biden also asserted that if Putin is “foolish enough to go in, he’s smart enough not to, in fact, do anything that would negatively impact on American citizens.”

“Have you ever told him that?” Holt inquired.

“You’ve told him that, that Americans will be a line that they can’t cross?” Holt asked.

“I didn’t have to tell him that, I’ve spoken about that,” Biden said. “He knows that.”

On Thursday, the State Department issued a level 4 travel advisory for Ukraine, telling Americans who remain in the country to “depart now.”

“Do not travel to Ukraine due to the increased threats of Russian military action and COVID-19; those in Ukraine should depart now via commercial or private means,” the advisory stated. “If remaining in Ukraine, exercise increased caution due to crime, civil unrest, and potential combat operations should Russia take military action. Some areas have increased risk.”

Biden also discussed his upcoming selection of a nominee to the Supreme Court, claiming he is not seeking an “ideological” justice. He insisted that he wants someone of the same “capacity” as outgoing Justice Stephen Breyer to be his replacement.

What he really means is, like in Afghanistan, I’ll leave you there and I could care less what happens to you.

In other words ‘Don’t expect any help from me!’