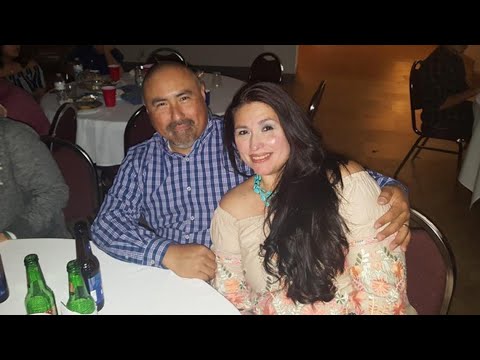 Just two days after his wife of 24 years, Irma Garcia, died in a mass shooting at an elementary school in Uvalde, Texas, Joe Garcia died of what his family said was “a broken heart.”

Garcia, 50, suffered a heart attack Thursday after going to his wife’s memorial, his nephew said. Irma Garcia, 49, sacrificed her life defending her students from a teenage gunman who opened fire on her fourth-grade classroom on Tuesday.

“I truly am at a loss for words for how we are all feeling, PLEASE PRAY FOR OUR FAMILY, God have mercy on us, this isn’t easy,” the couple’s nephew, John Martinez, tweeted Thursday. He added: “The pain doesn’t stop.”

The couple, who were high school sweethearts, left behind four children, the youngest of whom was 12.

Irma Garcia had been a teacher at Robb Elementary for 23 years. An introductory page on the school district website said she loved to listen to music, take country cruises, and BBQ with her husband. Family members said Irma was an incredible cook, and that she and Joe would often entertain their extended family.

On a GoFundMe page that was started in honor of the family, Irma’s cousin called her a “wonderful person” who would “literally do anything for anybody……no questions asked.”

“I truly believe Joe died of a broken heart and losing the love of his life of more than 25 years was too much to bear,” she wrote.

Joe Garcia worked at the supermarket company HEB. Coworker Christine Ybarra remembered Joe and Irma in a Facebook post, writing, “May they [both] fly high with the angels you’ll be missed by many. RIP prayers for their 4 children.”

Tuesday’s horrific tragedy unfolded when 18-year-old gunman Salvador Ramos shot his grandmother in the face, then crashed her truck in a ditch near Robb Elementary. He ran onto school grounds heavily armed and barricaded himself in Garcia and co-teacher Eva Mireles’ interconnected classrooms, killing both teachers and 19 young students.

“She sacrificed herself protecting the kids in her classroom,” Garcia’s family wrote in a GoFundMe, describing her as “sweet, kind, loving. Fun with the greatest personality.”