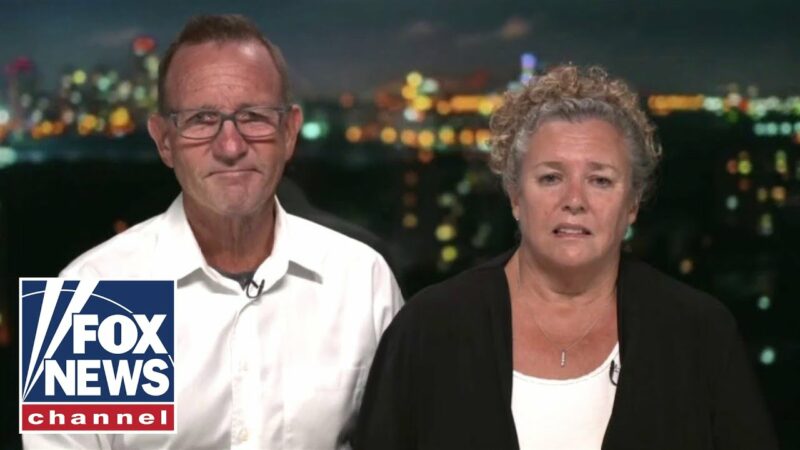 Stuart Scheller, Sr., and Cathy Scheller, the parents of Marine Corps Lt. Col. Stuart Scheller Jr., said Wednesday will continue to fight for their son’s rights and called for the military to hold up their end of the plea bargain it reached with him and to lift its gag order.

“Our son is a warrior,” his father said. “He’s been in worse situations. He can handle it and he tells us he’s going to come out stronger and I have no doubt and that’s probably why our government wants to continue to hold him and not release him.”

Scheller pleaded guilty to posting videos online that were critical of top military commanders over the way they handled the withdrawal from Afghanistan. At that time he was immediately relieved of command and last week, after court-martial procedures, Scheller agreed to forfeit one month’s pay of $5,000 furthermore he received a letter of reprimand.

“The plea deal included the Marines accepting his resignation, and his attorneys have tried to level our expectations,” Scheller’s father said. “They said well, you know you’re dealing with the government. This could take months. Well, I want to remind Americans it took them less than a day to relieve him of his command. It took them only weeks to release his medical and mental health records to the press. It took them only weeks to try to smear him and put him in jail.”

Scheller’s mother, likewise called for the gag order to be lifted, asking the public to compare themselves, speaking similarly in their own professions, and what would happen if the punishment were as strict as what her son received.

Both parents asked for people to read their son’s statement on the website I Stand With Stu and contact the Secretary of the Navy Carlos Del Toro and call for the military to hold up to its end of the deal and discharge their son.

Mrs. Scheller also called for Americans to stand up and demand change.

“We have a strong military,” she said. “We need a strong military. But we have 22 service members, that’s the low estimate per day, committing suicide. There has to be more than just PTSD behind that, and I think we’re starting to see it is the crushing culture, the culture of the military that doesn’t allow you to speak up, or if you do and your command some commands will take it up.”

Her husband agreed that they don’t want to malign the military.