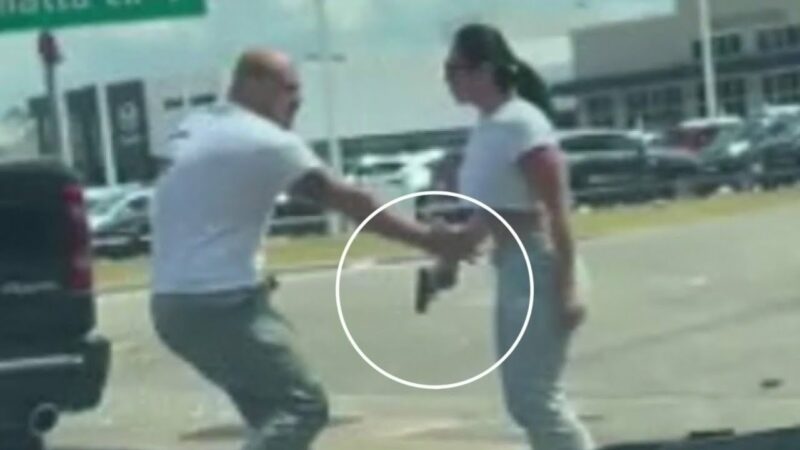 Two people are under arrest following a road-rage incident Tuesday with one of the suspects firing a gun into a car with a 2-year-old passenger in the backseat, according to Texas police.

A man was driving on Interstate 45 with his 2-year-old son in the backseat when he and the suspects pulled off an exit and stopped, according to the sheriff.

The man driving the truck approached the victim and “allegedly assaulted him,” Harris County Sheriff Ed Gonzalez said. As the victim began to flee in his car, a female passenger in the truck got out with a handgun and fired into the backseat window of the car, Gonzalez said.

Another shot was  “wildly fired,” with a nearby car dealership being struck by the gunfire, according to the sheriff.

Video taken by a driver who was not involved in the incident shows the female suspect fired two shots before she and the man fled in the black truck.

The victim was taken to the hospital with a “possible graze wound” and listed in good condition, Gonzalez said. The toddler was uninjured.

Both suspects remain in the Harris County jail as of Wednesday.