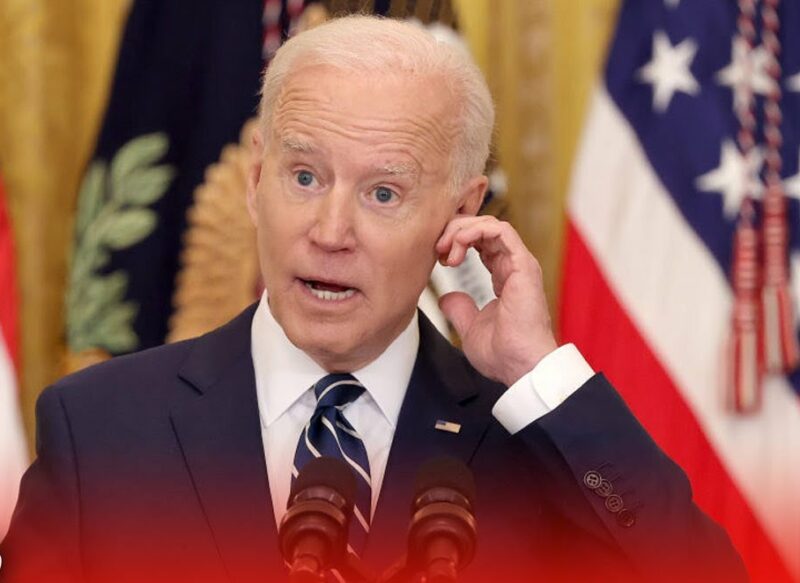 President Joe Biden rambled about mask mandates on public transportation Thursday after a reporter asked him about the Trump-era immigration policy Title 42.

At a Thursday press conference, a reporter asked whether the administration is considering a delay in ending Title 42, a policy that allowed for the expulsion of nearly 1.7 million migrants to help protect against COVID-19. The president responded with details of the administration’s intention to appeal a district judge’s decision overturning the Center for Disease Control and Prevention’s (CDC) mask mandate for public transportation.

“No, what I’m considering is continuing to hear from my—first of all, there’s gonna be an appeal by the Justice Department because, as a matter of principle, we want to be able to be in a position where if, in fact, it is strongly concluded by the scientists that we need Title 42 that we be able to do that. But there has been no decision on extending Title 42.”

Twitter users immediately criticized Biden’s remarks, with one user calling it “terrifying” and suggesting his mental health was declining.

This is terrifying. Democrats need to step in and do something about Biden’s declining mental health. https://t.co/tKWTNgjohX

The president later clarified that he referred to the appeal on the transportation mask mandate, not Title 42.

“I want to clarify that, in comments at the conclusion of my remarks this morning, I was referring to the CDC’s mask mandate and there is no Department of Justice action on Title 42,” he said.

If you walk up to Biden, and shake him, the inside of his head rattles a like a baby’s toy.