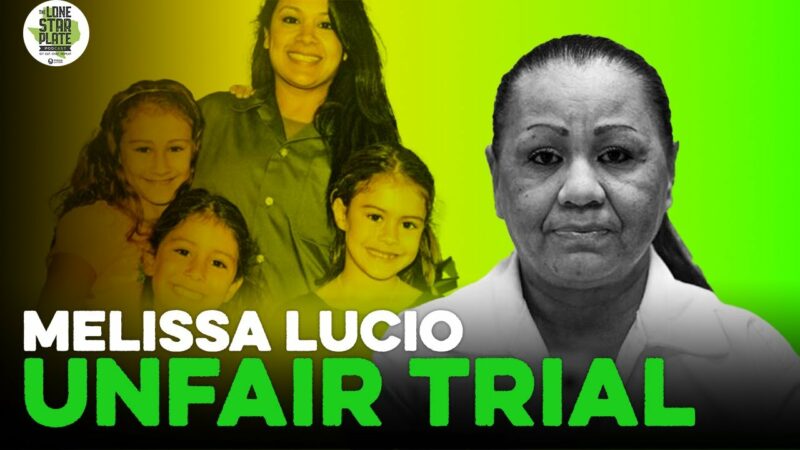 Public Outcry Against Executing Mother Convicted Of Murdering Her Child

Fifty-three-year-old Melissa Lucio was convicted in 2008 of murdering her 2-year-old daughter, Mariah. On Feb. 15, 2007, Mariah fell a steep flight of stairs that led to the family’s apartment. Although Mariah didn’t appear to be injured at the time, she died two days later.

Prosecutors accused Melissa, who was ultimately convicted and sentenced to death.

Her execution date is set for April 27. but several advocates, politicians, and even jury members are calling for her execution order to be withdrawn.

Two hours after Mariah died, Lucio—who was pregnant with twins at the time—was being interrogated by police who accused her of abusing and killing her daughter. According to court filings, the police used coercive interrogation tactics that preyed on Lucio’s vulnerability.

“I guess I did it,” the distraught mother eventually said.

However, Lucio’s attorneys claim that her confession was not reliable.

“Melissa was subjected to a five-hour, late-night carefully orchestrated and aggressive interrogation until physically and emotionally exhausted, she eventually said ‘I guess I did it,’” they wrote asking to withdraw or modify the execution date. Then district attorney, Armando Villalobos presented this to the jury as a confession, but according to Lucio’s lawyers, that’s not the whole story.

“Because the trial court excluded Melissa’s proffered expert testimony, the jury would not hear that Melissa’s long history of sexual and physical abuse made her especially vulnerable to the aggressive, intimidating, and psychological interrogation tactics the male police officers deployed,” the filing said. “When the interrogation began, Melissa had been awake for roughly fourteen hours. She was also pregnant with twins. Interrogators provided her with nothing to eat and allowed her no sleep. Some of the interrogations were recorded on three videos that were played to the jury on the first day of trial. Some interactions between the interrogators and Melissa either were not recorded, or those recordings have been suppressed.”

At trial, prosecutors said that Mariah’s injuries, including the bruises on her body at the time of her death and the fact that she had suffered a broken arm, could only be the result of abuse at Melissa’s hands.

The jury was also denied evidence mitigating Lucio’s statements, according to court filings.

The jury was never given evidence that the bruises on Mariah’s body were the result of “rough play” with her siblings. Nor did the jury see an autopsy that revealed that Mariah “showed signs of a blood coagulation disorder, which causes profuse bruising throughout the body.”

A pediatric surgeon who reviewed the evidence said that “there is nothing about Mariah’s fracture that indicates that it was the result of an intentional act or abuse,” and that it was a common type of injury among toddlers who fall from standing height, according to the Innocence Project.

Notably, Villalobos—the DA who prosecuted Lucio—was convicted of bribery and extortion in 2014 and is currently serving a 13-year federal prison sentence. According to the Innocence Project, he pursued the death penalty for Lucio “likely because he was seeking re-election at the time and thought that such a ‘win’ would earn him votes.”