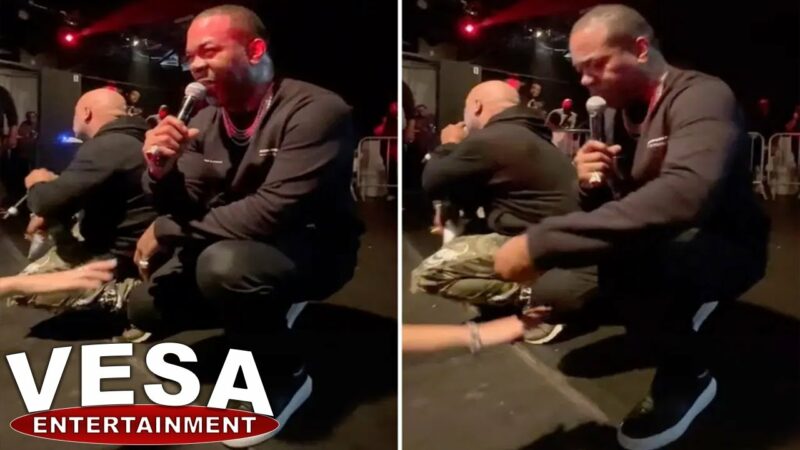 Rapper Busta Rhymes stopped mid-show to call out an audience member who kept trying to touch him, and a video of the exchange went viral online.

The woman kept reaching onto the stage to touch Rhymes, and he finally got tired of slapping her hand away, as seen in a video shared on TikTok. After she continued to reach toward him, Rhymes shouted, “stop the music,” and told her and the crowd to “back up.”

When she didn’t reply, Rhymes turned to the man he believed to be with her. “That’s your girl? What kinda s**t you on that you’re gonna let her continue to grab at me?” Rhymes asked the man, who looked confused, staring at the rapper.

“This is a weird day, a weird time,” Rhymes continued. “She touched me and shit, y’all got them little funny ass camera phones [filming], and I don’t agree with that. She might do some police s–t. I’m not with it.” He finally told the man to “take your girl and tell her to stand behind you.”

People in the crowd moved the woman away from the stage as he finished with, “stand behind your man, sw=etheart.” People had mixed reactions to the incident, with many finding it amusing, while others thought Rhymes went too far.

Rhymes has a history of calling it the way he sees it. In August 2021, he told an audience that “COVID can suck a d**k.” He was also one of the first people to get physical with an audience member who attempted to stab comedian Dave Chapelle in May.