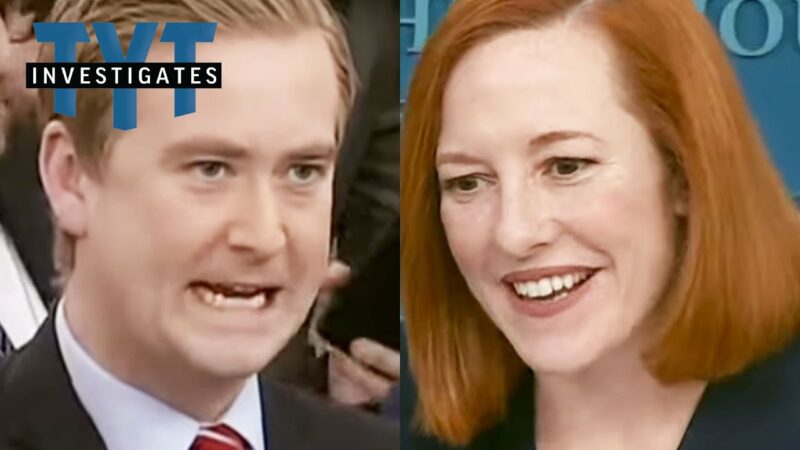 White House press secretary Jen Psaki defended comments she made on Fox News White House correspondent Peter Doocy on Friday after saying he sounds like a “stupid son of a b***h.”

“Full video shows I also told a story about Peter’s grace last night and made very clear I was not being critical of him or any reporter at Fox, and instead was critical of the slant of some Fox topics,” she said. “He is doing his job. I am doing mine. We debate. We disagree. I respect that.”

The president called Doocy personally within an hour of the incident to explain that the remarks were “nothing personal.” Doocy said he accepted the president’s word and “appreciated” him for reaching out.

“He said, ‘it’s nothing personal, pal,’” Doocy said on Fox News’ Sean Hannity. “I told him that I appreciated him reaching out. Hey, Sean, the world is on the brink of, like, World War III. With all the stuff going on, I appreciate that the president took a couple of minutes out this evening while he was still at the desk to give me a call and clear the air, but I don’t need anybody to apologize to me.”

CNN’s Brian Stelter spoke out for Psaki saying her remarks were aimed at Fox News, not Doocy himself. He noted that the White House correspondent has a tendency to “advance right-wing talking points” and that the network pushes narratives that “are sometimes nonsense.”

Fox News issued a statement Friday in Doocy’s defense by calling him a “terrific reporter” whose job it is to “elicit the truth.”

“In his role as White House correspondent, Peter Doocy’s job is to elicit the truth from power for the American public. His questions are his own, he is a terrific reporter and we are extremely proud of his work,” the statement said.