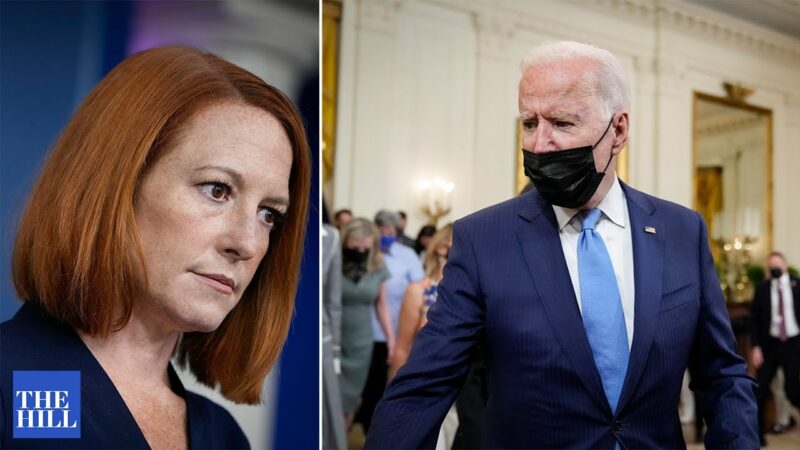 Psaki Blames Everyone But Biden For Sinking Approval Ratings

White House press secretary Jen Psaki said the reason President Biden’s approval ratings are so low is people are “tired of fighting” the coronavirus pandemic, which Biden promised to “shut down” during the 2020 campaign.

When asked by a reporter during the White House’s Friday press conference why the president’s approval ratings have plummeted, Psaki blamed pandemic fatigue.

“A lot of people in this room work for organizations that have done polls and there’s a lot of underlying data in them. And sometimes it differs,” Psaki said.

“I would just go back to what our view is, is that we’re still going through a hard time in this country,” she continued. “And people are tired of fighting the pandemic, they’re tired of the impact on their lives.”

Psaki then continued to make excuses for the diving approval ratings, specifically citing the unvaccinated.

“Some of them are sick and tired of people who won’t get vaccinated, who they feel are impacting their ability to live life in a normal way,” Psaki said. “Some people are still fearful for loved ones.”

“And we all thought it would be over at this point in time,” Psaki added.

A recent Gallup poll shows Biden’s approval rating dropped from 56% in Q1 to 44.7% in Q3 representing an 11.3% drop that has not been seen by any president since World War II.

Biden’s approval rating dropped significantly over the summer as the nation has continued to fight the coronavirus pandemic and restrictions have been put in place since Biden imposed federal vaccine mandates.

The president’s approval took a nosedive in September following his chaotic withdrawal from Afghanistan which resulted in the deaths of 13 U.S. service members and left hundreds of Americans stranded, despite his promise to leave no American citizen behind.