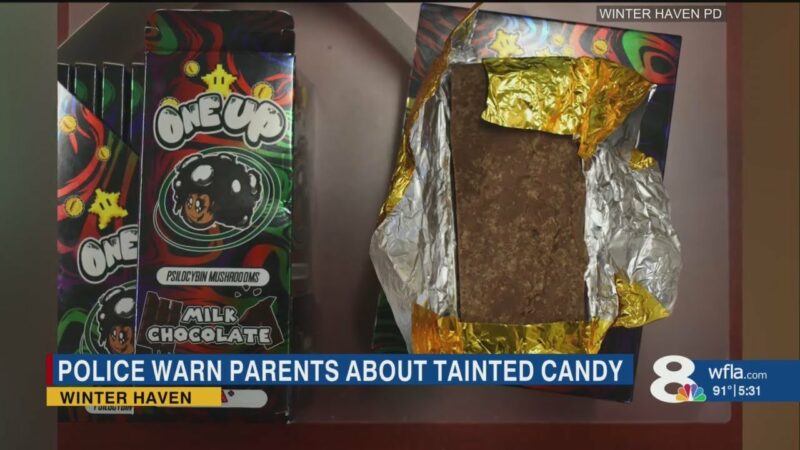 Authorities in Florida are warning parents about chocolate candy bars that are laced with hallucinogenic mushrooms amid a surge in illegal substances that are being produced in candy-like form.

The chocolate contains “shrooms,” or Magic Mushrooms, which contains a psychoactive and hallucinogenic compound called psilocybin, a Schedule I drug not legal in the state of Florida, police said.

The chocolate-laced shrooms are being sold by a company in California that lists them for $30 on its website.

These schroom-laced candy bars cause increased blood pressure and heart rate, nausea, vomiting, as well as hallucinations or delusions, according to authorities.

Police warn parents to talk to their children about eating anything that could potentially contain a dangerous substance.