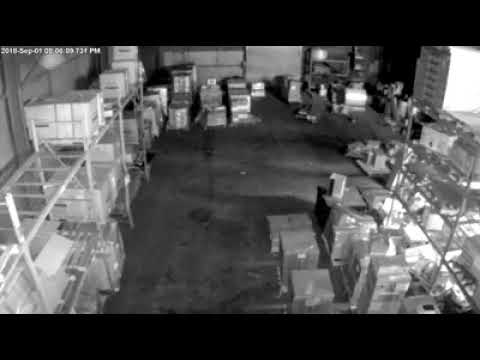 Police Search Warehouse And Can’t Believe What They Find

State Police in Jackson County, Oregon seized $500 million in marijuana last week. Police executed a search warrant Thursday where they discovered five warehouses full of marijuana, according to an Oregon State Police Facebook post, there were more than 100 people detained during the investigation.

“During the operation, which spanned over two days, an epic amount of illegal, processed marijuana and a firearm were seized,” the Facebook post reads.

Approximately 500,000 pounds of marijuana were discovered during the two-day investigation. Police estimate the street value of the drugs to be around $500 million. Jackson County Sheriff Nathan Sickler had spoken with lawmakers earlier in the week when reported that the crime rate associated with marijuana farms had increased dramatically.

“We’ve had stabbings, robberies, thefts, burglaries, homicides, sex crimes, motor vehicle accidents, DUIs, all related to the influx of the marijuana-cannabis industry in our in our valley,” Sickler said. “It is certainly an issue we deal with on a daily basis here.”

Authorities in Los Angeles County, California, seized $1 billion worth of marijuana in early July, at that time it was the largest operation in U.S. history.

“This investigation and subsequent seizure of dried, processed Marijuana is one of the largest in Oregon State Police history and highlights the enormity of the critical issue in Southern Oregon,” an Oregon State Police spokesperson told the Daily Caller in a statement.

The half billion pounds were burned and all of Jackson County, Oregon got high.

With out the police why not , not like theirs any kind of law and order out there . The burn , looted and kill . What’s the difference with having 500 million in pot . It’s more then likely the delusional democrats any ways . Since when did laws matter to them ???