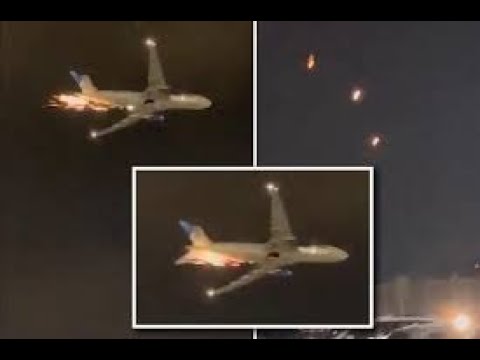 A United Airlines flight was forced to make an emergency landing Thursday after circling the Atlantic Ocean for nearly two hours.

Pilots were forced to land a plane that was carrying 256 passengers due to serious mechanical problems during the flight.

“After our aircraft experienced a mechanical issue shortly after takeoff, it remained in the air to burn fuel and then landed safely,” United Airlines said in a statement. “Passengers deplaned at the gate and a new aircraft is scheduled to depart this morning.”

An initial inspection indicates a hydraulic pump issue. As the plane took off sparks were seen flying from the aircraft. The flight then circled over the Atlantic Ocean for two hours to burn fuel after departing Newark.

The flight was headed to São Paulo, Brazil, and a video shows sparks and debris falling from the plane.