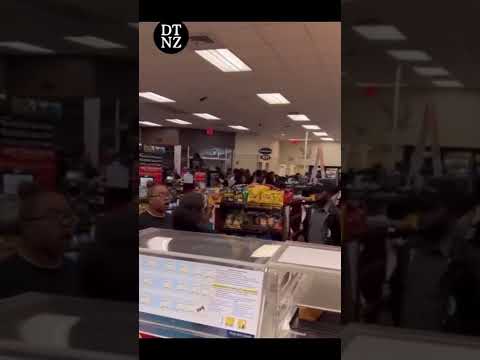 A mob of hoodlums was captured on video Saturday night trashing a Philadelphia Wawa.

The video shows the suspects pouring into the gas station/sandwich shop, screaming, throwing things, and stealing merchandise. One woman can be seen twerking on top of shelves as the mob threw food all over the store.

“You’re all stupid, for real,” the clerk who recorded the incident can be heard saying. “You’re all ugly, stupid, broke.”

Amid the chaos, a customer can be heard asking, “are y’all making our sandwiches, or y’all gonna keep recording?” The sandwich maker replied, “it’s gonna be a little while.”

Once the dust settled, the store was left in shambles with destruction in the aisles and ruined merchandise scattered all over the floor.