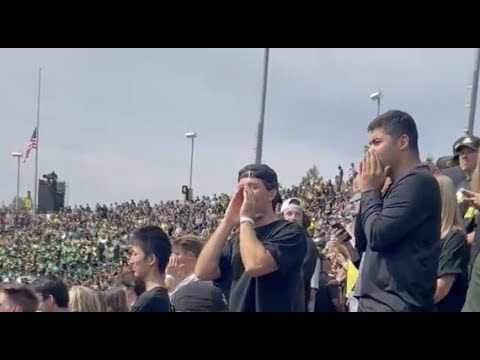 The Univ. of Oregon issued an apology … after some of its students were seen and heard chanting “f*** the Mormons” during the Ducks’ game against BYU on Saturday.

The school released an official apology on social media Sunday, saying their fans’ chants were “offensive and disgraceful.”

“These types of actions go against everything the university stands for, and it goes against the spirit of competition,” the school said. “We can and will do better as a campus community that has no place for hate, bias, or bigotry.”

The fans began chanting at Autzen Stadium in Eugene, Oregon following a Cougars touchdown in the second quarter of BYU’s 41-20 loss … with multiple people shouting the offensive chorus while marching and clapping their hands.

Some fans at the game were outraged — and Utah’s governor, Spencer Cox, slammed the Ducks supporters over the incident.

“Religious bigotry alive and celebrated in Oregon,” he said on Twitter.

Oregon’s student section also known as the “Oregon Pit Crew,” also tweeted an apology after the game, saying, “We do not condone or support any hateful speech directed towards one’s religion and are ashamed of those who participated.”

This is not the first time a university has apologized over chants at a BYU game — USC apologized for fans’ “f*** the Mormons” comments during a football game in L.A. back in November.