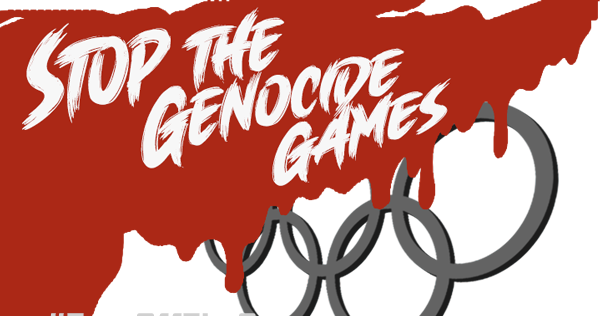 NBC Refuses To Play Commercial Criticizing China During The Olympics

Republican congressman Tim Waltz of Florida said NBC is refusing to air his ad criticizing China during its coverage of the Winter Olympics in Beijing.

Waltz said on Saturday that NBC was refusing to show the ad which refers to the event as the ‘Genocide Games’ unless he removed the logos of Olympic corporate sponsors being criticized in the ad.

‘We won’t let them silence us,’ he tweeted, sharing the footage of the 30-second spot, calling it ‘the ad that NBC and the Chinese Communist Party doesn’t want you to see.’

NBC refused to air my Olympics ad with @EnesFreedom unless we censor U.S. corporate logos of the Genocide Games sponsors.

We won’t let them silence us.

Here’s the ad that NBC and the Chinese Communist Party doesn’t want you to see 👇 pic.twitter.com/0y35Z6KdZC

In the ad, Waltz accuses the Chinese government of genocide and slave labor, and said American companies who do business there are ‘drunk on Chinese dollars’ and ‘entangled with Communist dictators.’

The ad refers to the 2022 Winter Olympics, which are currently underway, as ‘Genocide Games staged by the Chinese Communist Party.’

Also featured in the ad is NBA star Enes Kanter Freedom, a pro-democracy advocate, urging a boycott of Chinese goods.

The $40,000 ad had been set to run on Monday night during NBC’s Olympic coverage.

“NBC will not run our ad unless we remove the corporate logos of companies,’ Waltz spokesman James Hewitt said, adding that such a change “defeats a major purpose of the ad: to highlight US sponsors’ culpability with China’s human rights abuses.”

“The point of the ad was to target Olympic audiences in DC,” he said.