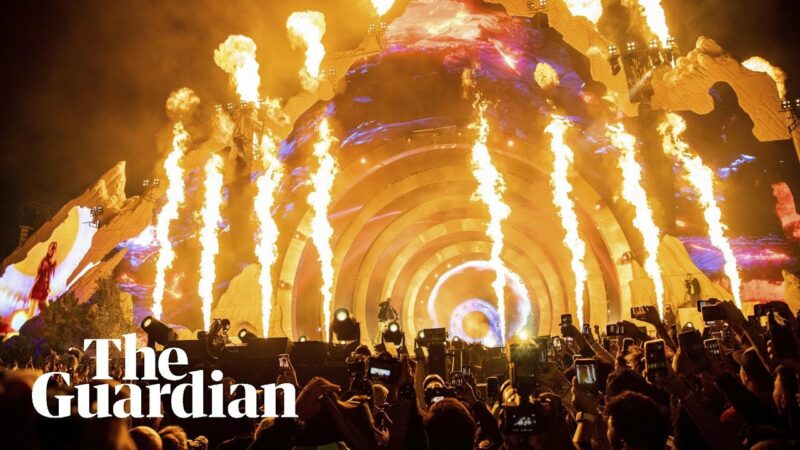 There were eight people ranging in age from 14-27, left dead in Houston on Friday night when a massive crowd attending the Astroworld music festival rushed the stage, causing panic, officials said.

“This was a tragic night,” he added.

“Our hearts are broken,” Lina Hidalgo, the Harris County judge, said. “People go to these events looking for a good time, a chance to unwind, to make memories. It’s not the kind of event you go to where you expect to find out about fatalities. … Obviously, this is the last place we want to be – especially after we’ve been through so much as a community. But we have incredibly capable law enforcement officials here.”

The Friday night show was stopped and the second day of the festival was canceled.

Music fans in excess of 50,000 people had come together at NRG Park to see several artists including Travis Scott who was performing when the tragedy took place even though the same thing happened when he performed at the same event two years ago.

A 10-year-old child was critically injured and officials were working to identify the deceased.

“We don’t even have identification on some of these individuals,” Houston Police Chief Troy Finner said early Saturday.

There were 23 people transported to local hospitals, 11 of the victims were in cardiac arrest and undergoing CPR while being transported. The cause of death for the eight who died will be determined by the medical examiner. While there was medical personnel set up on-site for the festival, they were “quickly overwhelmed,” when they were visited by no less than 300 fans following the horrific event.

Sometime around 3 a.m. CT, Houston fire officials tweeted that festival-goers looking for family members or friends could assemble at the Wyndham Hotel on Kirby Street. Festival organizers issued a statement Saturday morning asking for anyone with information on the incident to contact the Houston Police Department.

“Our hearts are with the Astroworld Festival family tonight – especially those we lost and their loved ones,” Astroworld tweeted. “We are focused on supporting local officials however we can. With that in mind the festival will no longer be held on Saturday.”

What procedures can be adopted as the massive concerts without banning them? Can fence rows be set up to limit the press of throngs in certain areas? How practicable is it?

The first procedure is to have attendees sign a waiver saying they understand the hazards of attending performances by low-life rappers.

“Travis Scott was performing when the tragedy took place even though the same thing happened when he performed at the same event two years ago.”

Unfortunately, they didn’t learn anything the first time.