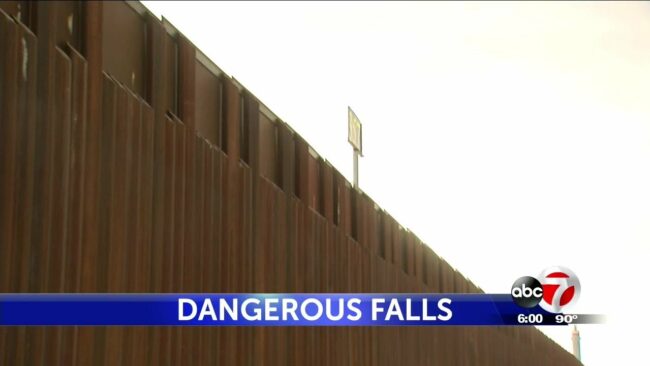 U.S. Customs and Border Protection (CBP) said in a press release Monday that a migrant from Mexico died after falling from the border wall in Sunland Park, New Mexico.

He was part of a group attempting to cross the border illegally when a national guardsman saw the migrant, who was the last to go over the wall, stranded at the top of the barrier before he fell.

A CBP agent responded to the scene and found the migrant “unresponsive” and suffering “significant” head injuries. The migrant was taken to a hospital in El Paso, Texas, and was later declared dead.

CBP’s Office of Professional Responsibility is reviewing the incident, and the Department of Homeland Security (DHS) Office of Inspector General has been notified as well.

Border agents encountered 173,620 migrants at the southern border in November, a 5% increase from October. Of the number of migrants encountered that month, 25% had been previously been caught trying to enter the U.S. in the last year. The numbers of single adults, family units, and unaccompanied children all increased in November.

One down, millions more to go.

Spending our money on wetback trash isn’t right. They should have pitched him back over the wall.