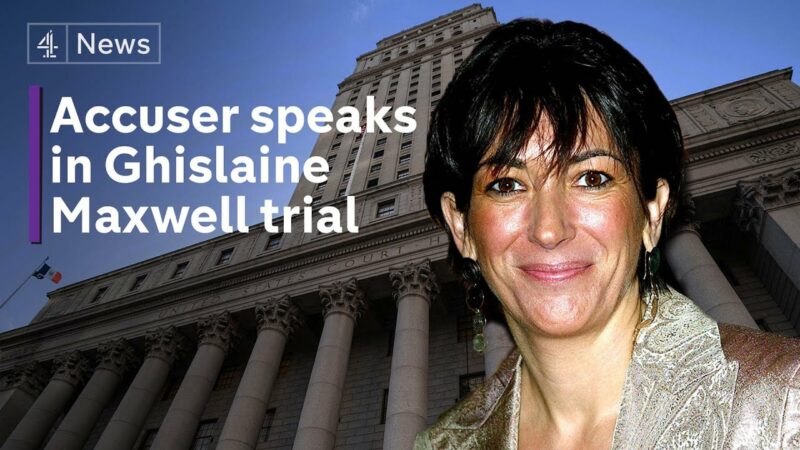 Maxwell Trial Underway And All The Dirty Details Are Coming Out

The pilot who flew the private jet for convicted pedophile Jeffrey Epstein testified Tuesday in the Ghislaine Maxwell trial, and it finally exposed the world’s elite. Former president Bill Clinton as well as Prince Andrew of the United Kingdom was confirmed by the pilot during his testimony with countless others.

The former president of the United States and the Duke of York have all been named in connection with Maxwell’s trial on six counts of sex trafficking and sexual abuse stemming from her alleged role as Epstein’s “madam.”

“Lawrence Visoski, who is testifying for the prosecution, was quizzed during cross examination about passengers aboard Epstein’s distinctive Gulf Stream plane,” The Sun reported. “He confirmed Trump, Andrew and Clinton all flew on the jet – along with other big names such as Hollywood stars Kevin Spacey and Chris Tucker, violinist Itzhak Perlman, and U.S. Sens. John Glenn and George Mitchell, both Democrats.

“I certainly remember President Trump, but not many people associated with him,” the pilot said during his testimony, noting that Trump’s flight occurred well before he was elected president.

Maxwell, the British socialite accused of acting as a madam for Epstein and procuring him underage girls for sex, faces a maximum sentence of 70 years in jail if convicted on all allegations.

She faces six charges of recruiting, grooming, and abusing four juvenile females alongside Epstein in the United States and the United Kingdom from 1994 to 2004. Additionally, she is accused of engaging in “group sexual experiences” with Epstein and an underage girl dubbed “Minor Victim-1” in court filings from 1994 to 1997, according to the charges.

Maxwell has pleaded not guilty to the six-count charge and is being jailed in a New York jail dubbed a “hellhole.” As previously reported by The Daily Wire, Maxwell supposedly believes Epstein was murdered in jail and might be a target.

A federal judge denied her bail “and ordered that she be held at the Brooklyn Detention Center, where she has been held since shortly after her July 2 arrest in New Hampshire.”