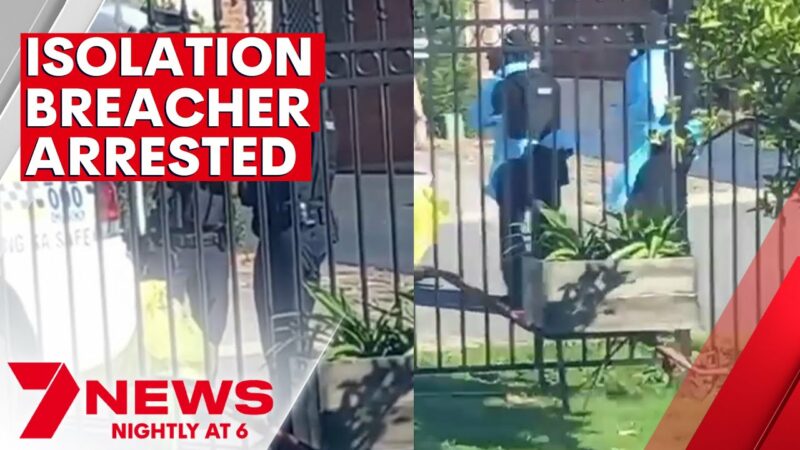 Panic over Omicron, the latest named variant strain has begun, with a Portuguese woman and Spanish man arrested after trying to leave quarantine in the Netherlands, where they were staying after visiting South Africa.

Business Insider reported that the couple was detained at Amsterdam’s Schiphol Airport when they boarded a plane to leave the country. The couple had voluntarily left their quarantine hotel but were removed from the plane by Dutch national police, according to local outlets.

“The arrests took place in a plane that was about to take off. Both persons have been transferred to the GGD,” the Dutch national police tweeted.

Dutch outlet Het Parool reported that the couple was among 61 people who were being quarantined in the hotel after returning from South Africa and testing positive for COVID. So far, 13 of the 61 cases have been identified as the Omicron variant, which was recently discovered and is being used by governments across the world to propose new restrictions.

“It is not known which variant the couple tested positive for, or whether they were on the same flight back to Amsterdam as any of the 13 people who tested positive for the Omicron variant,” Insider reported. “The couple were able to leave their quarantine hotel with ease, as occupancy is voluntary and not legally enforced in the Netherlands.”

Marianne Schuurmans, mayor of Haarlemmermeer, told the Dutch network WNL that there “is security present in the hotel, but it is true that people stay there completely voluntarily.”

“Security guards advised the couple not to leave, but there was no legal title to hold them yet,” Schuurmans added. “We really did not expect that people would flee.”

Another Dutch outlet, Der Telegraaf, reported that the couple could be prosecuted for breaking quarantine.

The Omicron variant of SARS-CoV-2 was discovered in South Africa, but the doctor who appears to have first discovered it has said the patients she saw only had mild symptoms.

“Looking at the mildness of the symptoms that we are seeing, currently there is no reason for panicking as we don’t see severely ill patients,” said Dr. Angelique Coetzee, chair of the South African Medical Association. She added that she saw the variant in those under 40 but that the “most predominant clinical complaint” from those patients was “severe fatigue for one or two days,” and “headache” and “body aches.”

Coetzee said one young patient came in with a high pulse but had gotten “much better” within two days.

“What we are seeing clinically in South Africa … is extremely mild. For us, that’s mild cases. We haven’t admitted anyone. I spoke to other colleagues of mine, same picture,” Coetzee said.