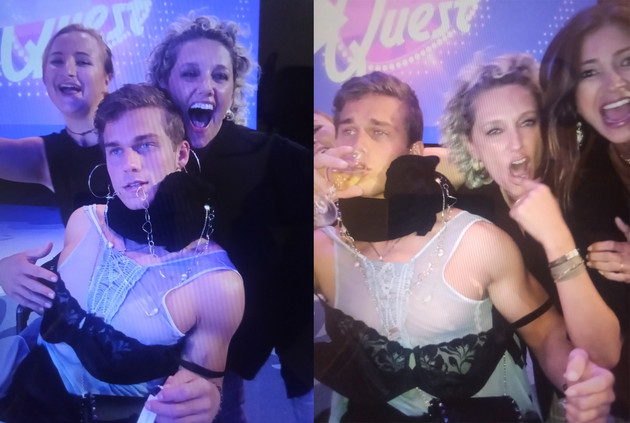 Cawthorn claims the pictures were taken before he ran for office; while he was playing the Royal Caribbean’s game show.

“I guess the left thinks goofy vacation photos during a game on a cruise (taken waaay before I ran for Congress) is going to somehow hurt me?” Cawthorn tweeted Friday. “They’re running out of things to throw at me… Share your most embarrassing vacay pics in the replies.”

The photos show the representative on stage in blue lingerie, black lace bra, and big hoop earrings onstage next to two women

McCarthy later said that Cawthorn lied about the allegations, calling his statements “unacceptable” and unbecoming of a congressman.

“There’s a lot of different things that can happen. But I just told him he’s lost my trust. He’s going to have to earn it back,” McCarthy told reporters. “I mean, he’s got a lot of members very upset.”

Cawthorn has also faced recent traffic citations and charges. On March 3, he was charged with driving on a suspended license. Earlier this week, dash-cam footage showed Cawthorn in a truck around 10:30 pm when he drove left of center and was pulled over. A trooper can be seen in the video telling the congressman that he had been pulled over for an expired tag. When the trooper learned he was driving with a revoked license, Cawthorn turned over his license and traded seats with a female passenger. He is set to be in court on May 6. Cawthorn also has a pending speeding ticket in Polk County for driving 87mph in a 70mph zone. That court date is June 2.