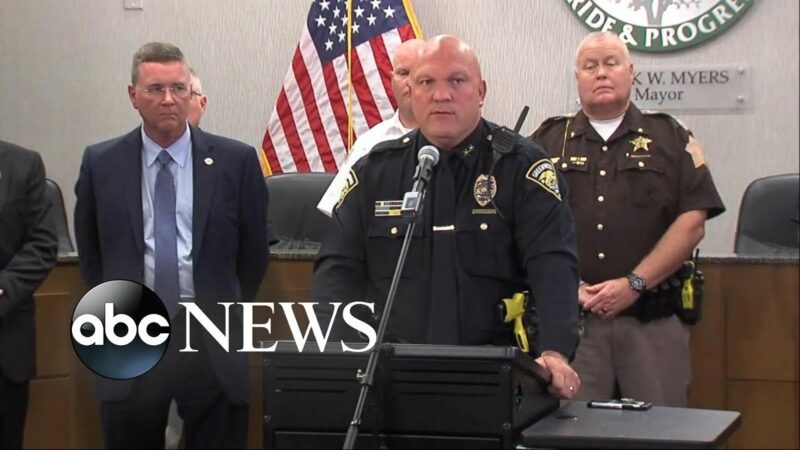 Three people were killed and two others injured in a shooting at an Indianapolis-area mall on Sunday evening, police said.

There were multiple calls to 911 at around 6 p.m. about an active shooter at the Greenwood Park Mall. Johnathan Douglas Sapirman walked into the mall’s food court and opened fire, according to Greenwood Police Chief Jim Ison.

Olivia Harding said she was at the Old Navy store with her mother when they heard four gunshots and initially thought the nearby carousel was breaking down. But then six more shots rang out.

“I told my mom instantly to get down,” Harding said.

Lawfully armed, Elisjsha Dicken 22- — shot and killed the gunman, according to Ison.

“The real hero of the day is the citizen that was lawfully carrying a firearm in that food court and was able to stop that shooter almost as soon as he began,” Ison told reporters during a press conference on Sunday night.

Greenwood Mayor Mark Myers confirmed that the suspect was “shot by an armed individual,” whom he called a “good Samaritan.”

“This person saved lives tonight,” Myers said in a statement late Sunday. “On behalf of the City of Greenwood, I am grateful for his quick action and heroism in this situation.”

The victims include four females and one male. Among the injured is a 12-year-old girl whose parents brought her to the hospital with minor injuries after the shooting. The second injured victim was hospitalized in stable condition, according to the police chief.

Sapirman used a long-gun rifle and had several magazines of ammunition, no motive has been determined, Ison said.

While the deadly shooting remains under investigation, Ison said there is currently no ongoing threat and SWAT teams have cleared the mall.

“Lives were lost today, and I’m thinking about all the victims of this horrible incident, now and in the days and weeks to come,” Holcomb said in a statement late Sunday.