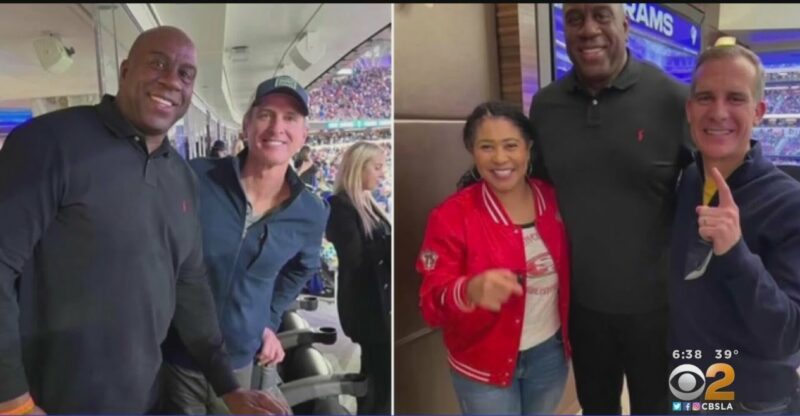 L.A. Mayor Garcetti Caught Taking Maskless Pictures With Celebrities Says Do What I Say Not What I Do

Garcetti told reporters that “when people ask for a photograph, I hold my breath, and I put my mask here, and people can see that,” as he held up his mask. Ironically, Garcetti defended his actions during a press conference on safety protocols for the upcoming Super Bowl, which will be held in the SoFi Stadium.

At the same conference, Garcetti defended LA’s COVID-19 health orders, which require anyone at indoor events with more than 500 attendees or outdoor events with more than 5,000 attendees to wear a mask unless eating or drinking. At the height of the pandemic, Garcetti went as far as to cut power and water to homes and businesses of those suspected of breaking COVID-19 protocols.

“I’ll take personal responsibility… if it makes you and everyone else happy — or even the photographs with people where literally I’m holding my breath for two seconds — I won’t even do that,” Garcetti told reporters.

Garcetti’s response was mocked by many including some who compared him to former President Bill Clinton who claimed that he “didn’t inhale” marijuana in the past.

As governor of Arkansas, Clinton was asked whether he had used illegal drugs while studying at Oxford University.

“But when I was in England I experimented with marijuana a time or two, and I didn’t like it. I didn’t inhale it, and never tried it again,” Clinton replied.

It’s always do as I say, not as I do with niggeRAT politicians. NiggeRATS will elect their own pain, and anguish. How stupid is that.

“Rules are for the little people.”