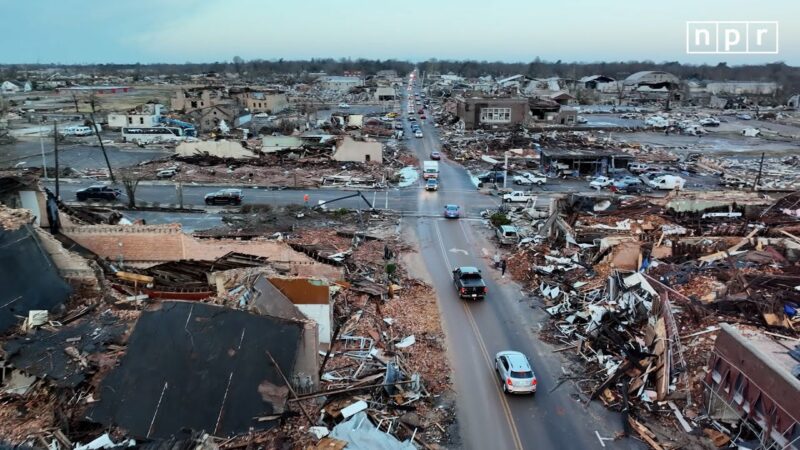 “The confirmation process is slow, but from reports received we’ve lost more than 80. That number is likely to exceed 100,” according to the governor’s office.

Beshear reported that multiple children were among the dead.

“I know we’ve lost a number of kids,” the governor said, adding that he’s heard reports of a 5-month-old, 3-year-old, and 5-year-old being killed in the tornado. “This tornado didn’t discriminate – anybody in its path, even if they were trying to be safe.”

Beshear described the tornado aftermath as “devastation like none of us have ever seen before.”

In the city of Mayfield, a candle factory was decimated with 110 workers inside, it was “leveled and gone,” he said, adding that half of his father’s hometown of Dawson Springs “doesn’t exist anymore.”

Beshear said that the greatest loss of life was expected to have been at the Mayfield candle factory. Officials have said that 40 workers have been rescued from the wreckage, while dozens of others remain missing.

The governor said that the search and rescue process is ongoing throughout the state.

Beshear vowed that Kentuckians would “see the other side” from this disaster and rebuild.

“We’re tough people. We’re going to get through it, but it is not going to be easy,” the governor said.

The swarm of tornados that ripped through the Midwest and South additionally killed at least six people in Illinois, where an Amazon facility in Edwardsville was hit; four in Tennessee; two in Arkansas, where a nursing home was destroyed; and two in Missouri.